15 years after its last episode, the most-watched TV series of the 90's is making a comeback with a star-studded cast!

On the silver screen, that is. David Hasslehoff has just confirmed his role in the upcoming Baywatch film alongside Dwayne "The Rock" Johnson and Zach Efron. Seth Gordon (Horrible Bosses, Undefeated and Identity Thief) is directing the film with the screenplay being written by Damian Shannon and Mark Swift (Friday the 13th and Freddy vs. Jason). The movie is also set to star Alexandra Daddario, Kelly Rohrbach, Priyanka Chopra and Hannibal Buress. 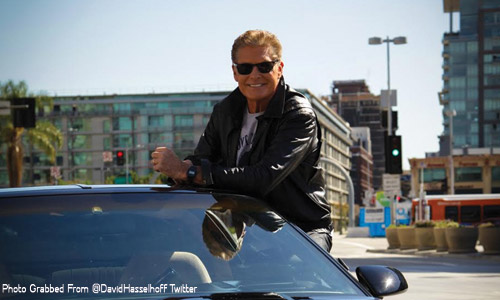 Lieutenant Mitch Buchannon who was immortalized by the Hoff will this time be played by The Rock. In an Instagram post among plenty of posted pictures allegedly on set, The Rock claims that he was born ready for the role and is happy to work with the legendary actor. Johnson added, "Hoff's a cool dude who's down to have fun and here's the best part.. He's been training his ass off and gotten in the best shape he's been in in years! (cue slo-mo running and glistening chest hair.. wait, why the f*ck am I even thinking about Hoff's chest hair!?) World get ready..‪" As of this writing however, it is not yet known about Hasselhoff's role in the film.

Johnson shares, "'Baywatch' is the most successful TV show of all time and from the day we announced we were turning it into a movie, 'The Hoff' has been our greatest supporter," Even so, Hasselhoff has apparently wasted no time getting ready to don his signature red swim trunks for the film, which Johnson describes as "a combination of Avengers meets Anchorman."
Baywatch is set for a release on May 2017 and we're pretty much keeping our eyes peeled for one of the biggest comebacks yet.