So our favorite reality star decided to break the internet once again.

We've just celebrated Women's Month and Kim Kardashian being no stranger to controversy celebrated it the 'ol classic Kardashian-West way. On Instagram last March 9th, Mrs. Yeezus chose to post a (nearly) nude selfie to Instagram with the caption "When you're like I have nothing to wear lol." 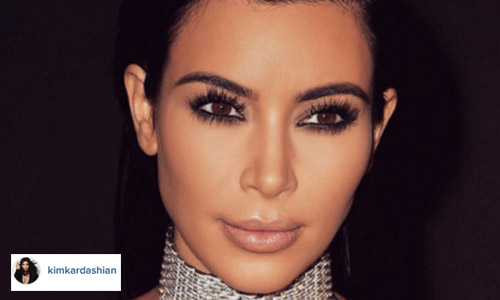 With Kim being married to Twitter King Kanye West, a man with more tweet-based feuds on his resume than just about anyone, led many to suspect he may just be the one behind Kardashian's cutting comebacks. So the moment she hit 'post,' Kardashian received a torrential downpour of slut-shaming, self-righteous rhetoric from not just home-dwelling Twitterers, but a hodgepodge of celebrities, such as Bette Midler and The Fifth Wave's Chloe Grace Moretz. Midler took to Twitter "Kim Kardashian tweeted a nude selfie today. If Kim wants us to see a part of her we've never seen, she's gonna have to swallow the camera." Ouch. Of course, Kim had to bring out the Mrs. West in her by calling out on Midler's attempt to fake friend with her and on Moretz being unknown in the celebrity hemisphere.

If there are haters, there are those who have admired Kim's courage against slut shaming. Who knew a nude selfie could escalate into a feminist issue? Amber Rose posted a photo of Kim with the caption "I don't know u well but I saw u speak about slut shaming and as u know I'm an activist feminist so it spoke to me. Being Slut shamed and ridiculed is not fun it's hurtful and mean," Her caption also read, "Us women deal with it every day and I'm happy u can speak openly on this now because if anyone knows what it's like to be Slut Shamed it's u! Live it Kim! Make a difference and speak on it!"

Amidst all the negativity, Kim concluded the buzz with an artistic nude photograph of her which was captioned with "#Liberated". Now that's the way to celebrate being a woman as brought to you by the infamous Kardashian.