Here’s what our then-favorite Directioner thinks after his life with 1D.

Zayn Malik is working on several projects as we speak ever since leaving One Direction. Zayn Malik has shared some more info about life after One Direction in his latest interview with Complex Magazine, admitting that despite being an absolutely enormous celeb, he reckons he's also a bit of a shit one. He’s not a fan of televised interviews and likes to do interviews in a one-on-one setup. "I'm a pretty s**t celebrity all around. But when it comes to TV, that's the worst. I hate the whole setup. When its interviews like this, I don't mind. I'm just talking to a normal person." 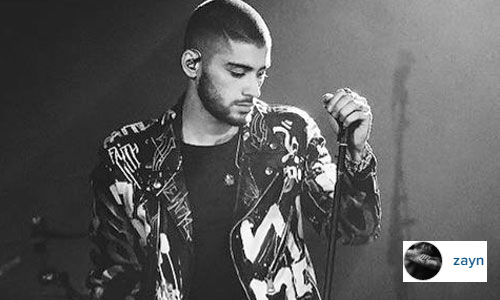 He further confides, "It's when you are fully glammed up and you're sitting with a hundred lights in your face and someone is asking you questions in front of a crowd of people – that's when it becomes a bit strange for me."

On his solo album release however, Zayn admitted he feels like this release will be emotional, “I know already it’s going to be massively different. I felt different when the single [Pillowtalk] dropped. There’s so many extra emotions tied into it because it’s a personal song...None of the songs that I wrote in One Direction were personal to me. Whenever we’d get an award or this or that, it was never something that I was emotionally attached to. Whereas with this, I am. I know what’s going to happen. I’m going to be crazy ecstatic when that album drops. I’m going to be buzzing and I’m going to go out. I’ll probably party with my friends and enjoy it.”

“I’m not a public speaker. I’m a singer. Those two things are very different in my brain. I’m not an extrovert in everyday life. I’m a performer. When it comes to stage I can sing and do that, but when I’m in normal-day life I’m very reserved. I guess that’s my downfall.”