It may be April Fools Day yesterday, but this one's no joke!

Yesterday afternoon, fans from the Philippines blew Twitter up as former Disney star Selena Gomez's Revival Tour is set to stop by Manila this coming July 31 at the Mall of Asia Arena. The news was announced by Wilbros Live, the producers of the Manila concert, via its official Twitter account. Aside from being known for Justin Bieber's former girlfriend, Selena is famed for chart-topping tunes like "Naturally," "Love You Like a Love Song," "Come & Get It," and her collaboration with Zedd, "I Want You To Know." 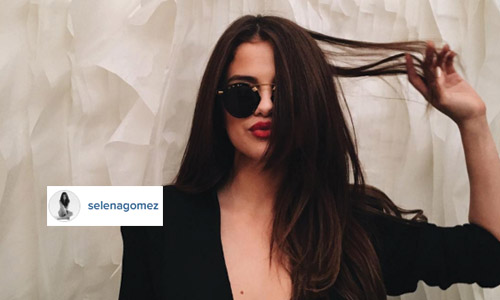 She released her album Revival in October 2015 to critical acclaim, with singles such as "Good for You" (featuring ASAP Rocky), "Same Old Love," and "Hands to Myself" which was first heard at the recently-concluded Victoria's Secret Fashion Show last December 2015.

Selena expressed in a statement disseminated by concert promoter Live Nation: "My fans are so important to me and I would never want to disappoint them. But it has become clear to me and those close to me that after many years of putting my work first, I need to spend some time on myself in order to be the best person I can be. To my fans, I sincerely apologize and I hope you guys know how much each and every one of you mean to me." She was referring to her previously-canceled Manila and Australia tour dates last 2014 so if you were heartbroken by the sad news back then, this coming July is now your chance!

Her highly-anticipated global "Revival" tour kicks off in May. She is set to visit cities in the U.S. and Canada before heading to the Philippines.Tickets to her The Revival Tour concert in Manila will be available starting on April 16 through SM Tickets. The concert is presented by Wilbros Live.