The secret to a good movie trailer is a memorable song.

The secret to a good movie trailer is a memorable song. A catchy tune incorporated into a trailer can guarantee its virability. Just take into account the next time you hear the song Hooked on a Feeling (1968) by Blue Swede, you would remember the Guardians of the Galaxy trailer. When you hear the first seconds of Salt-N-Pepa’s Shoop (1993), the merc with the mouth would come in mind. The hip-hop tune was used in Deadpool’s trailer the other year. 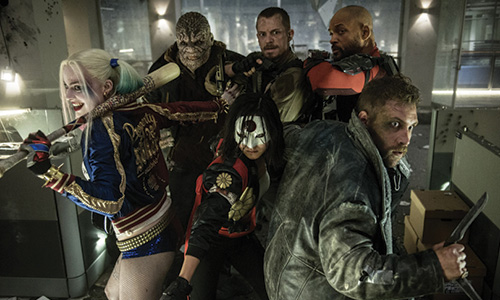 With all those Marvel trailers using songs for viewer’s appeal, the DC universe won’t get outshined. It’s most hyped out movie coming out later this year is Suicide Squad, a movie about a group of supervillains tasked on a mission by the government. Over the past few months, the movie released three trailers to get the audience excited.

The first teaser was released at ComicCon in July. It features a moody cover of I Started a Joke (1968) by the Bee Gees. The cover was sung by Becky Hanson and produced by Confidential Music. The second trailer for the movie at two and a half minutes long was released in January. It features an interesting, diced up version of Queen’s Bohemian Rhapsody (1975) which would have been trite if it wasn’t incorporated interestingly.

In the most recent trailer, we were treated to more clips of the characters and two songs that originated from the last century. The trailer started off with a gloomy exposition then when the villains appeared on screen, a cool hip-hop cover of Lesley Gore’s 1963 feminist anthem You Don’t Own Me played over. The cover is sung by 19 year old Australian singer Grace. It features Los Angeles rapper G-Eazy and the track was produced by legend Quincy Jones.

The second song that played somewhere in the 1:10 mark is The Ballroom Blitz (1973) by English rock band Sweets. The song is best known for being sampled in Beastie Boys’ Hey Ladies in 1989.

The music being used to promote the movie has been a grab bag at best. It made us feel more excited for August which seems like an eternity right now.