On April 10, 1970, Paul McCartney announced that The Beatles was breaking up.

The four members of the group went on to have successful solo careers of their own and left behind their oeuvre in place back in the 60’s. 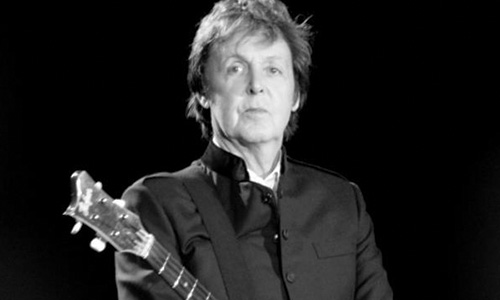 Sir Paul McCartney might have had the most successful solo career among the four lads. Macca had nine post-Beatles number one hits on Billboard that include his duets with Stevie Wonder on Ebony and Ivory and with Michael Jackson on Say Say Say. 15 of his post-Beatles albums became top 10 hits, 6 of which hit number one.

McCartney who is 73 years old now, is currently on his One On One Tour. He kicked off the tour in Fresno, California and opened with a surprising number. The crowd screamed when they heard the unmissable first chord of A Hard Day’s Night, a song released in 1964 and which McCartney last performed live in 1965 with The Beatles in Daly City, California.

Last night’s 38-song set list included several notable moments. McCartney also performed Love Me Do as a tribute to their producer Sir George Martin who passed away a few weeks ago. Martin was the one who suggested that McCartney sing the hook line instead of Lennon so that Lennon can play the harmonica riff simultaneously as the hook line were sung. The song was last played by McCartney in 1963 in the Playhouse Theatre in London. McCartney also devoted two spotlight segments in his show to honor his departed bandmates. He played Something for George Harrison and Here Today for John Lennon. Here Today is a love song to John Lennon written and recorded by McCartney after Lennon’s death . He also dusted off the mid-60s Beatles songs You Won’t See Me and Here, There and Everywhere.