Last year Pia Wurtzbach coveted the Miss Universe crown and now she has confirmed that she had won the heart of Mikhail Varshavski, dubbed the “Sexiest Man Alive”.

On the April 14 episode of Tonight with Boy Abunda, Miss Universe Philippines 2015 revealed that she is in a relationship and admitted “I’m dating”. Confirming the rumors that have been circulations over the months, Wurtzbach has officially announced that she and Dr. Mike are dating. 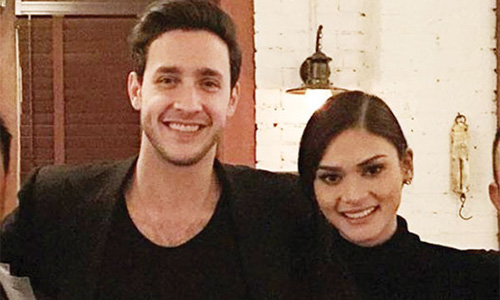 The couple, both 26, met each other in New York City where the two good looking people are based.

Wurtzbach revealed to TV host Boy Abunda on the Filipino late night show, "I've dodged this question for a lot of interviews for you. Because you're the only one I trust with these things.”

According to Wurtzbach, Mike is still adapting to Filipino customs and traditions. She even introduced Mike with the Filipino courtship rituals.

“I had to explain to him how it is in the Philippines, kung papaano ba manligaw (how to court), and kung alam ba niya kung anong ibig sabihin ng pangliligaw (and if he knows what courtship means)”.

She also indirectly confessed to the TV host that she and Mike had yet to say “I love you” to each other. Pia quipped and said “He should say it first”.

Wurtzbach assured that Dr, Mike is a “true gentleman” and would even like to visit the Philippines someday.

Wurtzbach is back in town to grace the coronation night of the Binibining Pilipinas 2016 pageant this Sunday.