There is no doubt that Elvis Presley is the King of Rock and Roll, but the current Prince of Pop was once dubbed the Future King when he was four years old.

And there is video proof that will convince you that he really was on his way to become the next Elvis.

Bruno Mars, who is most likely be associated with Michael Jackson today, was once the youngest Elvis Presley impersonator. On a clip from a 1990 UK documentary called Viva Elvis, which is by the way one of the best documentaries ever made about Elvis, we can see a very young performer with the moves like Presley.

When Jonathan (w) Ross asked what Bruno likes about the legendary singer, he answered the English host, “I like his singing and his dance and his lips.” Carrying the baby Bruno in the clip is his father, Peter Fernandez also known as “Dr. Doo Wop”, who explained that their family owns an Elvis Presley memorabilia shop where Bruno was exposed to a lot of Elvis Presley images for him to study and mimic. It is also revealed in the clip that Bruno Mars started impersonating Elvis since he was two years old. 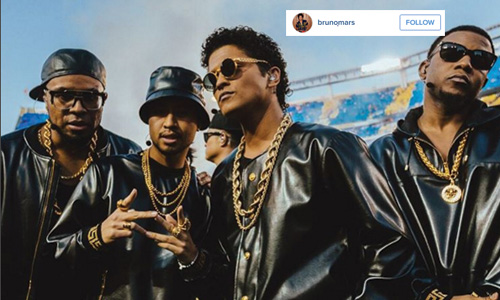 Bruno grew up in Hawaii, and he performed as Elvis six nights a week with his family at a local nightclub on Wakiki beach.

Little Bruno Mars looks really adorable decking out in Elvis garb and hair poof that it led him to appear in the 1992 film Honeymoon in Vegas.