The innovative musician and actor is found dead in his recording home studio at age 57.

The artist known as Prince was found dead in his recording studio in his Paisley Park home in Minnesota. The Carver County Sheriff’s Office responded to a call at Paisley Park Studios at about 9:43 a.m. They found the musician unresponsive in the elevator when they arrived. Medical personnel were unable to revive Prince after attempting CPR and he was pronounced dead at 10:07am. It was reported that Prince was experiencing flu-like symptoms. The police and medical officers are continuing to investigate the circumstances surrounding his death. 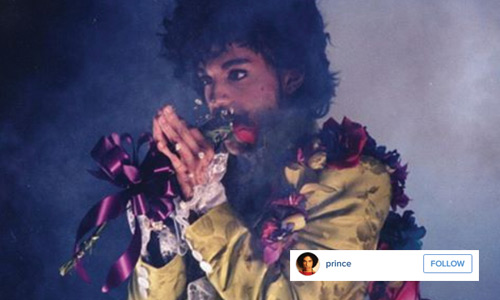 Over the course of nearly four decades, Prince became an icon of artistry and individuality. His music is a combination of pop, funk, rock, hip-hop, soul. He was capable of playing a variety of different instruments. In fact, when recording an album he usually plays all the instruments himself. Prince is considered to be a musical genius. He was also an extremely talented songwriter, whose songs were used by other artists to achieve top ten hits of their own. Examples of these hits are Manic Monday which The Bangles covered in 1986, How Come You Don’t Call Me by Alicia Keys, and most notably Nothing Compares 2 U by Sinead O’Connor.

Prince became known as somewhat of an eccentric figure. Sometimes he would go on stage with a little bit of heels and is commonly associated with purple feminine clothes. In the 90’s he changed his name to an unpronounceable symbol to which people read as The Artist Formerly Known as Prince, he later changed his name back to Prince in the 2000s.