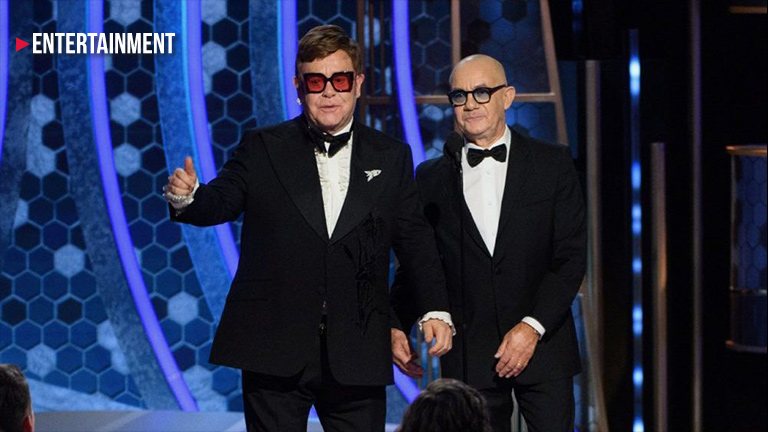 Elton John and his longtime lyricist, Berine Taupin, on Sunday won the Golden Globe for original song for “(I’m Gonna) Love Me Again,” from the biopic “Rocketman.”

The song — which featured John and “Rocketman” star Taron Edgerton on vocals, and producers Giles Martin and Greg Kurstin — was a late collaboration in a songwriting career that Taupin described as something “that doesn’t happen much in this town, a 52-year marriage.”

The award comes at a momentous time for John, who also published his bestselling memoir “Me” and continues his career-capping Farewell Yellow Brick Road tour. The horn-laden “(I’m Gonna) Love Me Again” continues a winning streak for music biopics at the Globes, after “Bohemian Rhapsody” pulled down awards for motion picture drama and actor in a drama motion picture last year.

John and Taupin beat out efforts from A-list pop stars including Taylor Swift (and Andrew Lloyd Webber) on “Beautiful Ghosts” from “Cats“; Beyoncé’s “Spirit” (with Timothy McKenzie and Ilya Salmanzadeh) from “The Lion King”; Robert Lopez and Kristen Anderson-Lopez’s “Into the Unknown” from “Frozen 2”; and Joshuah Brian Campbell and Cynthia Erivo’s “Stand Up” from “Harriet.”