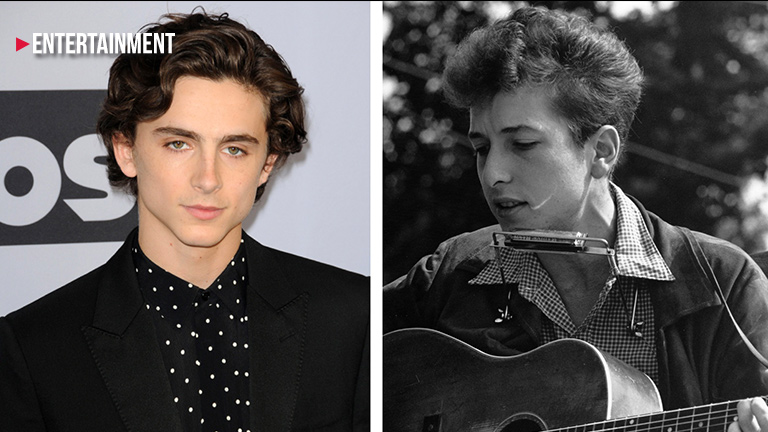 Timothée Chalamet will be the next Hollywood leading man to take on the persona of a music legend. Multiple outlets report that the actor is deep in talks to play Bob Dylan, with Ford v Ferrari’s James Mangold set to direct. Dylan himself is also executive producing the film from Fox Searchlight.

The movie — which doesn’t have an official title yet, but has been referred to as Going Electric — will relive the musician’s transition from folk prodigy to electric rocker in the mid-1960s. At the time, plugging in was a blasphemous move.

Reports say that Chalamet has already started guitar lessons to prepare for the role, although there’s been no word either way as to whether he’ll sing in the film.

The role could mark a new milestone in Chalamet’s career. Last year, the Freddie Mercury biopic Bohemian Rhapsody won four Oscars (including one for star Rami Malek), making it the most awarded film of the night. Malek also won the Golden Globe for his performance, and the film took home the top prize for Best Motion Picture — Drama. This year, the Elton John-produced Rocketman has already won two Golden Globes, including Best Actor for lead Taron Egerton.

Chalamet as previously starred in Call Me By Your Name, Lady Bird, Beautiful Boy, and Little Women.

Mangold is currently in the thick of awards season, with Ford v Ferrari occupying a near-constant spot in the conversation. He previously wrote and directed the 2005 Johnny Cash biopic, Walk the Line, which won the Golden Globe for Best Motion Picture — Musical or Comedy, and earned Reese Witherspoon an Oscar. Before that, Mangold had written and directed Girl, Interrupted, which turned Angelina Jolie into an Oscar winner in 2000. More recently, he broke new ground at the Oscars when his script for 2017’s Logan became the first superhero movie to be nominated for Best Adapted Screenplay.