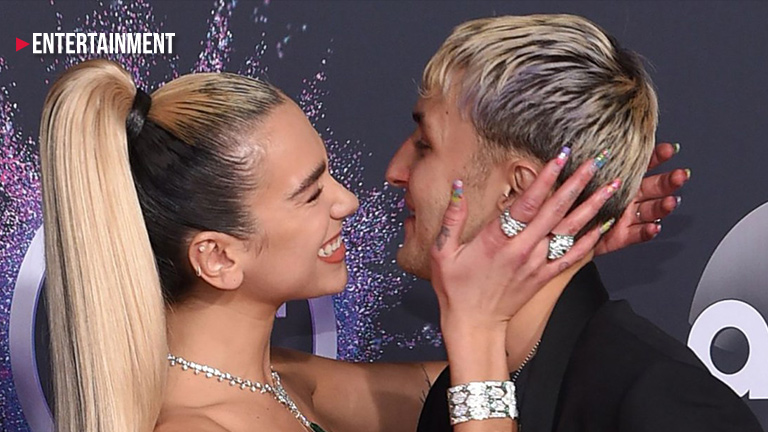 Dua Lipa and Anwar Hadid are having a happy new year, indeed! On Jan. 2, the couple was spotted making out in Miami as they caught some rays and relaxed on a deck.

They've been taking in the warm weather since the holidays as they were also seen sharing a smooch in the Sunshine State on Dec. 31. They appeared to enjoy each other's company, flashing bright smiles and holding hands. They later rang in the new year at a party where Dua modeled a glimmering silver dress and Anwar wore a casual ensemble.

The pair first sparked romance rumors in July when they hung out at the British Summer Time Hyde Park music festival in London. Dua was previously dating chef and model Isaac Carew, and Anwar — Gigi and Bella Hadid's younger brother — was linked to Kendall Jenner.

Since then, Dua and Anwar have shared a handful of adorable moments together, including their Miami getaway in August and their red carpet debut as a couple at the American Music Awards in November.