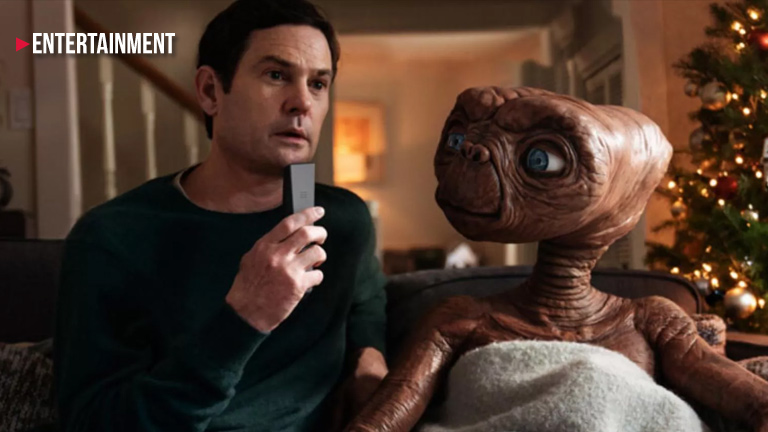 E.T. is returning to Earth to reunite with his friend Elliot 37 years after the Steven Spielberg-directed film, E.T. the Extra-Terrestrial, was released in 1982. Actor Henry Thomas reprises his role as Elliot alongside the alien character for Comcast’s new four-minute ad called “A Holiday Reunion.”

The film’s fans were delighted to have seen some of their favorite scenes reenacted with E.T. and Elliot’s kids. From John Williams’ signature score to Reese’s Pieces and a Drew Barrymore scream, the footage shows a revamped version of the beloved movie, including a modern take on the iconic bike scene, during which E.T. and the kids ride into the moonlight.

As it is nearly four decades since E.T. was last with his pal, the extraterrestrial is introduced to the internet for the first time with Thomas’ Elliot even telling E.T.: “Lots changed since you were here.”

Audiences first got a glimpse of the reunion when a two-minute version of the ad premiered during NBC’s broadcast of the annual Macy’s Thanksgiving Day Parade, according to Entertainment Weekly.

Barrymore, who was 7 years old when she filmed E.T. the Extra-Terrestrial, was previously asked about the possibility of a sequel to E.T., but shot down the idea on Watch What Happens Live with Andy Cohen as director Spielberg would likely not want to get involved.