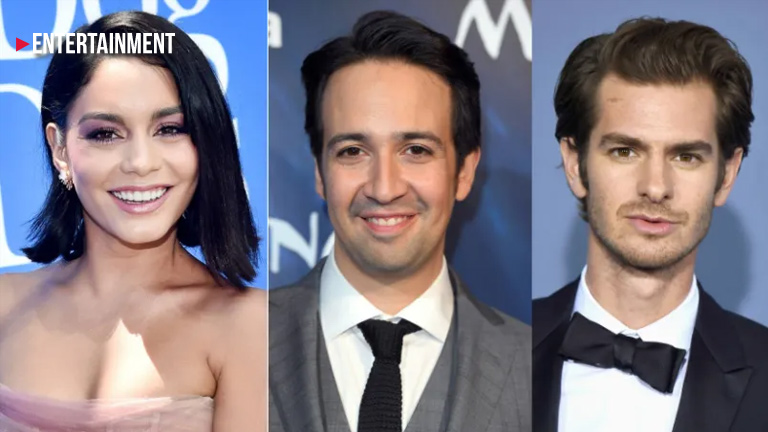 Lin-Manuel Miranda is bolstering his directorial debut in the film Tick, tick... BOOM!, with Vanessa Hudgens, Alexandra Shipp and Robin de Jesus coming onboard, according to a Netflix announcement.

Andrew Garfield will lead Miranda's film adaptation of the autobiographical musical of the same name by Jonathan Larson, the late playwright behind Rent. The film is being penned by Tony Award-winning scribe Steven Levenson and is being developed with the support of Larson's sister, Julie Larson.

Set in 1990, tick, tick… BOOM! follows the story of Jon, an aspiring theater composer who is waiting tables in New York City while writing Superbia, which he hopes will be the next great American musical and his big break. He struggles with the pressure from his girlfriend, Susan, who is tired of continuing to put her life on hold for his career aspirations, while his best friend and roommate Michael has given up on his creative aspirations for a high-paying advertising job. As he approaches his 30th birthday, Jon is overcome with anxiety as he contemplates the cost of his dreams.

Miranda starred as Jon in a 2014 stage production of tick, tick…BOOM!, just before breaking out with Hamilton the following year.

As well as directing, the multi-hyphenate talent will also produce the film alongside Imagine Entertainment's Brian Grazer, Ron Howard and Julie Oh. Netflix acquired the rights to the anticipated movie earlier this year.

Miranda has had a busy year already with FX series Fosse/Verdon, which he executive produced, winning 4 Emmy awards and producing the film adaptation of his musical In the Heights, which wrapped production this summer. He's also starring in HBO's fantasy series His Dark Materials.