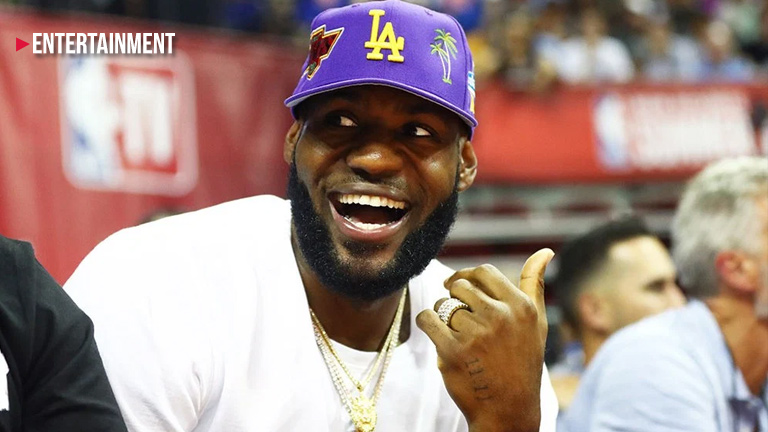 LeBron was going bald at an alarming rate when he was playing for the Miami Heat, but all of a sudden, he got his hairline back, and it was sharper as ever.

Several photos pointing out his baldness and how his hair magically grew back flooded the internet for years, with most of his haters claiming he was using a toupee or had gone through some kind of treatment.

But now, the undisputed evidence of LeBron’s hair was finally revealed, as his hairpiece apparently moved during his latest game with the Los Angeles Lakers right in front of the camera.

The King was completely unaware of the fact that his toupee had moved and his bald head was exposed to millions of people, so Anthony Davis let him know from the sidelines. The power-forward started yelling at LeBron and pointing his head, and then the camera caught James immediately trying to cover his head with the toupee again.