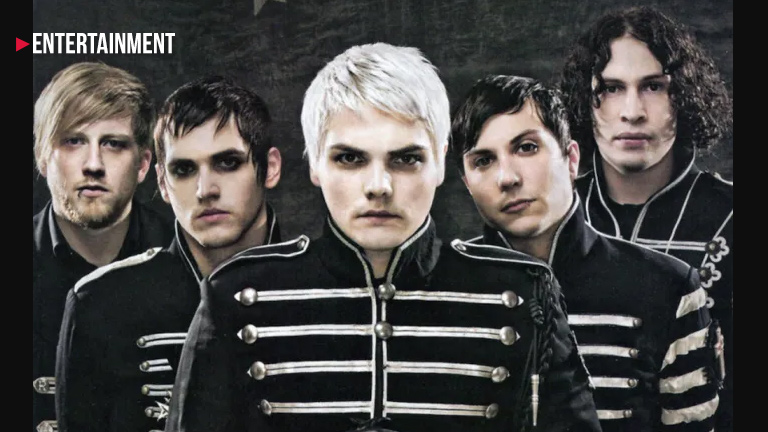 My Chemical Romance has officially announced a reunion show. The band, which split in 2013, announced that a reunion show will take place December 20 at Shrine Expo Hall in Los Angeles.

The event is simply titled "Return."

My Chemical Romance is best known for songs like "Welcome to the Black Parade," "Sing," "Helena," and "I'm Not Okay (I Promise)."

The alternative rock band, which was fronted by Gerard Way, announced its breakup in 2013 after 12 years together. "We've gotten to go places we never knew we would. We've been able to see and experience things we never imagined possible. We've shared the stage with people we admire, people we look up to, and best of all, our friends. And now, like all great things, it has come time for it to end," the band said in a 2013 statement.

Since then, former members including Frank Iero, Ray Toro and Mikey Way, have pursued other musical projects. Gerard Way created a comic book series called "The Umbrella Academy," which was developed into a Netflix series.

Tickets for the reunion concert go on sale November 1.