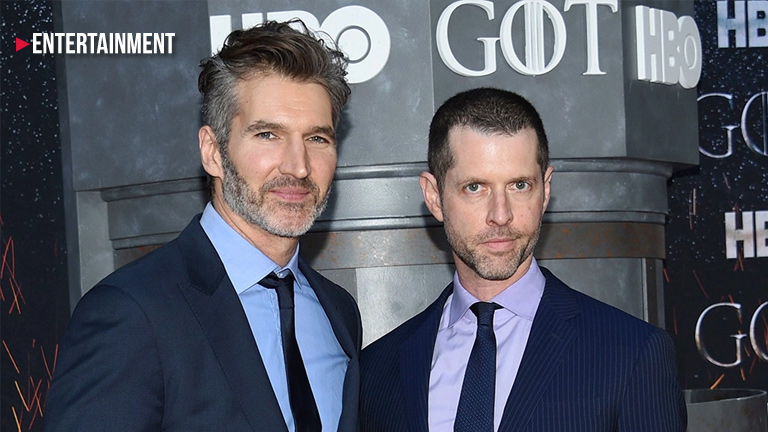 David Benioff and D.B. Weiss, the creators of HBO's "Game of Thrones," are exiting the Star Wars trilogy they had been set to write and produce. The first film in the series was supposed to arrive in theaters in 2022.

The two said in a statement that their new production deal with Netflix (NFLX) made it impossible to work on the trilogy. Benioff and Weiss signed a deal with Netflix in August that was reportedly worth $200 million. The creators added that they love Star Wars even though they are not following through with their set of films.

Benioff and Weiss' films, which were going to take place away from the drama of the Skywalker family, were scheduled to be the next set of Star Wars movies to hit theaters after December's "The Rise of Skywalker."

Disney (DIS)'s Lucasfilm, which produces Star Wars, had announced in 2018 that Benioff and Weiss were developing new films in the franchise.

Kathleen Kennedy, Lucasfilm's president, said Monday night that the duo are "incredible storytellers" and that the company hopes "to include them in the journey forward when they are able to step away from their busy schedule to focus on Star Wars."

There have been a number of directorial disturbances in the Force since Disney bought Lucasfilm for $4 billion in 2012. Phil Lord and Christopher Miller left the Star Wars spinoff, "Solo: A Star Wars Story," during production. The two were eventually replaced by director Ron Howard. Then director Colin Trevorrow left "Rise of Skywalker," which was then known as just "Episode IX," and was replaced by J.J. Abrams.

Disney's four Star Wars films have totaled more than $4.8 billion at the box office worldwide since 2015. "Solo," the franchise's latest film, made nearly $400 million globally in 2018 -- a big number, but a lackluster total by Star Wars standards.

Benioff and Weiss' departure comes a few weeks after the news that Marvel's chief creative officer Kevin Feige is developing a Star Wars movie for Lucasfilm.

The exit also comes at a crossroads for the space franchise.

"The Rise of Skywalker" marks the end of the Skywalker saga and an end of an era for one of the biggest brands in film history.

There was supposed to be a three year hiatus between December's "Rise of Skywalker" and the next Star Wars film, which will debut on December 16, 2022. With Benioff and Weiss now stepping away, it's unclear what that film will be and who will help it.

The franchise is a big component of Disney's upcoming streaming service, Disney+. Star Wars films and a new Star Wars series, "The Mandalorian," will be a part of the service's offerings when it launches on November 12.