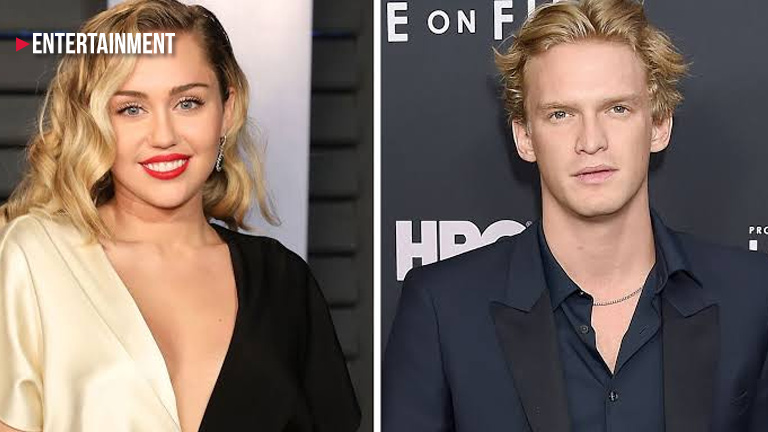 Cody Simpson is believed to be dating Miley Cyrus, following her split from ex-girlfriend Kaitlynn Carter, after posting a black and white IG story of himself kissing Miley, after she made him breakfast before a swimming race. The story caption said ‘ Pre swim breakfast courtesy of baby.’ The image was of the Australian singer planting a kiss on her head and her wrapping her arm around his neck. 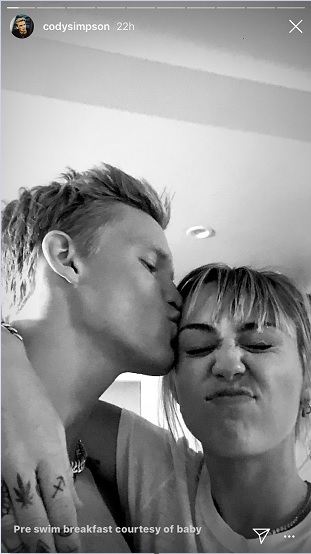 News of the pair dating first surfaced when a fan shared footage of the couple kissing online. Miley had re-posted the image and later defended her new romance, after coming under fire for ‘moving on too quickly’.

Last month, Miley announced her split from husband Liam Hemsworth, after a decade of dating and just eight months of marriage. At the same time, she was pictured kissing ex Kaitlynn on their ‘hot girl summer’ trip to Italy and was forced to deny both relationships had overlapped. Miley had dated Brody Jenner’s ex Kaitlynn for just over a month before it was revealed they had broken up and pictures surfaced of her and Cody together.

Miley tweeted a lengthy message that won the support of Kendall Jenner and began: ‘I know the public feels invested in my past relationship because they felt like they saw it thru from the beginning. ‘I think that’s why people have always felt so entitled over my life and how I live it because they’ve watched me grow up.’