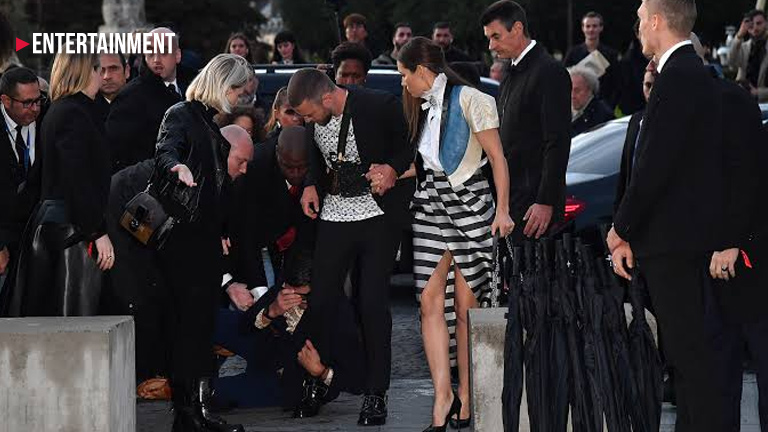 Supermodel Gigi Hadid confronted a gatecrasher at Chanel and US pop star Justin Timberlake was grabbed by a fan as he walked to the Louis Vuitton show during the final day of Paris fashion week.

French comedian Marie Benoliel ran from her seat and joined the models as they did their last walk along a spectacular set recreating the rooftops of Paris inside the Grand Palais.

With security guards confused, Hadid confronted the gatecrasher as she tried to further upstage the models, with the two facing off on the set. 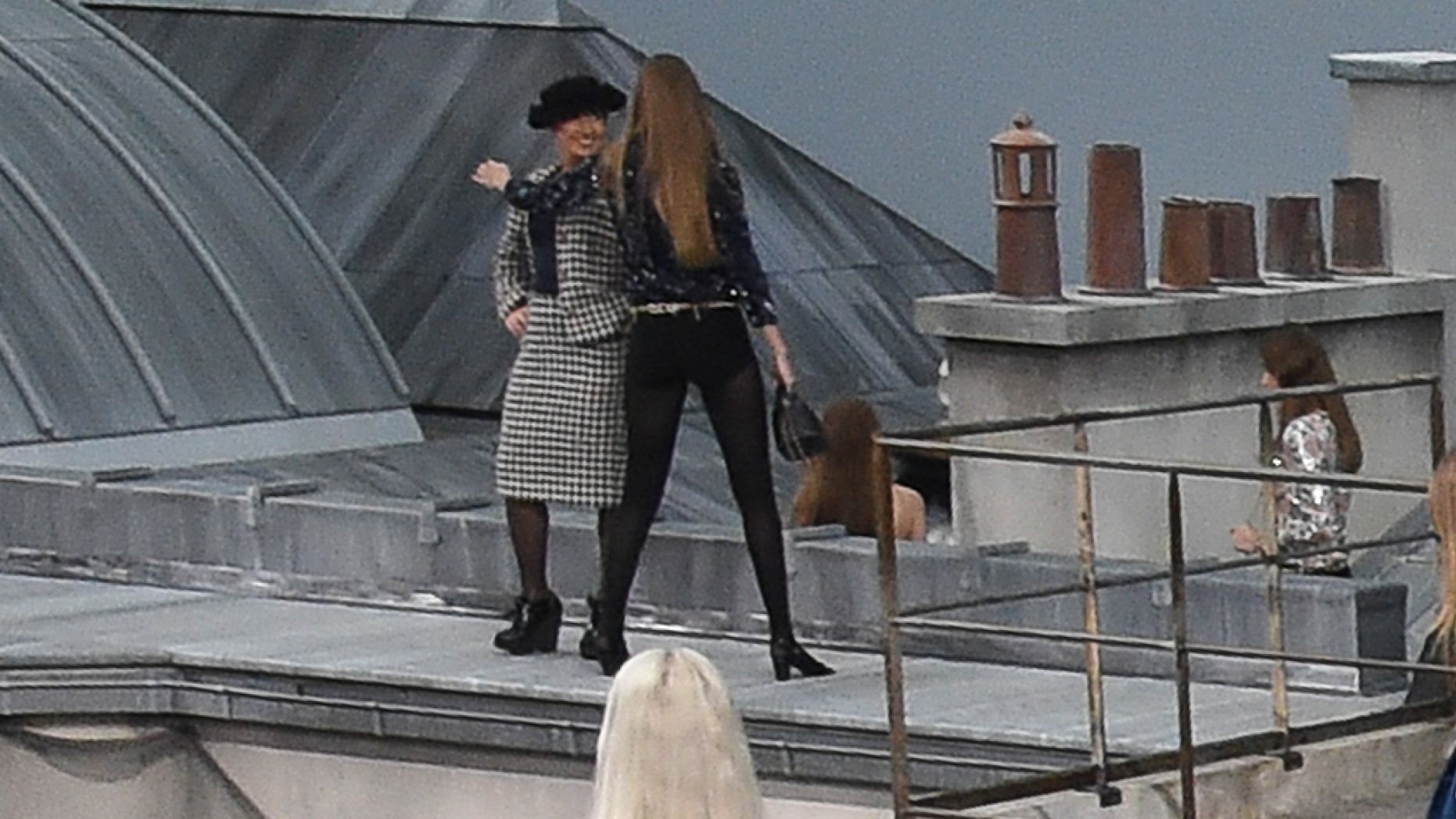 French comedian Marie Benoliel aka 'Marie S’Infiltre' gets kicked out by Gigi Hadid during the Chanel Womenswear Spring/Summer 2020 show as part of Paris Fashion Week on October 01, 2019 in Paris, France. (Photo by Stephane Cardinale - Corbis/Corbis via Getty Images)

Hours later as Timberlake turned up at the Louvre with his actress wife Jessica Biel for the Louis Vuitton show, a man lunged at the singer grabbing his leg as he left his car.

Bodyguards quickly wrenched him off and Timberlake walked on unhurt, but clearly a little shaken, to see fashion week's final collection.

Benoliel was "escorted to the exit by our security personnel afterwards", a spokeswoman added. 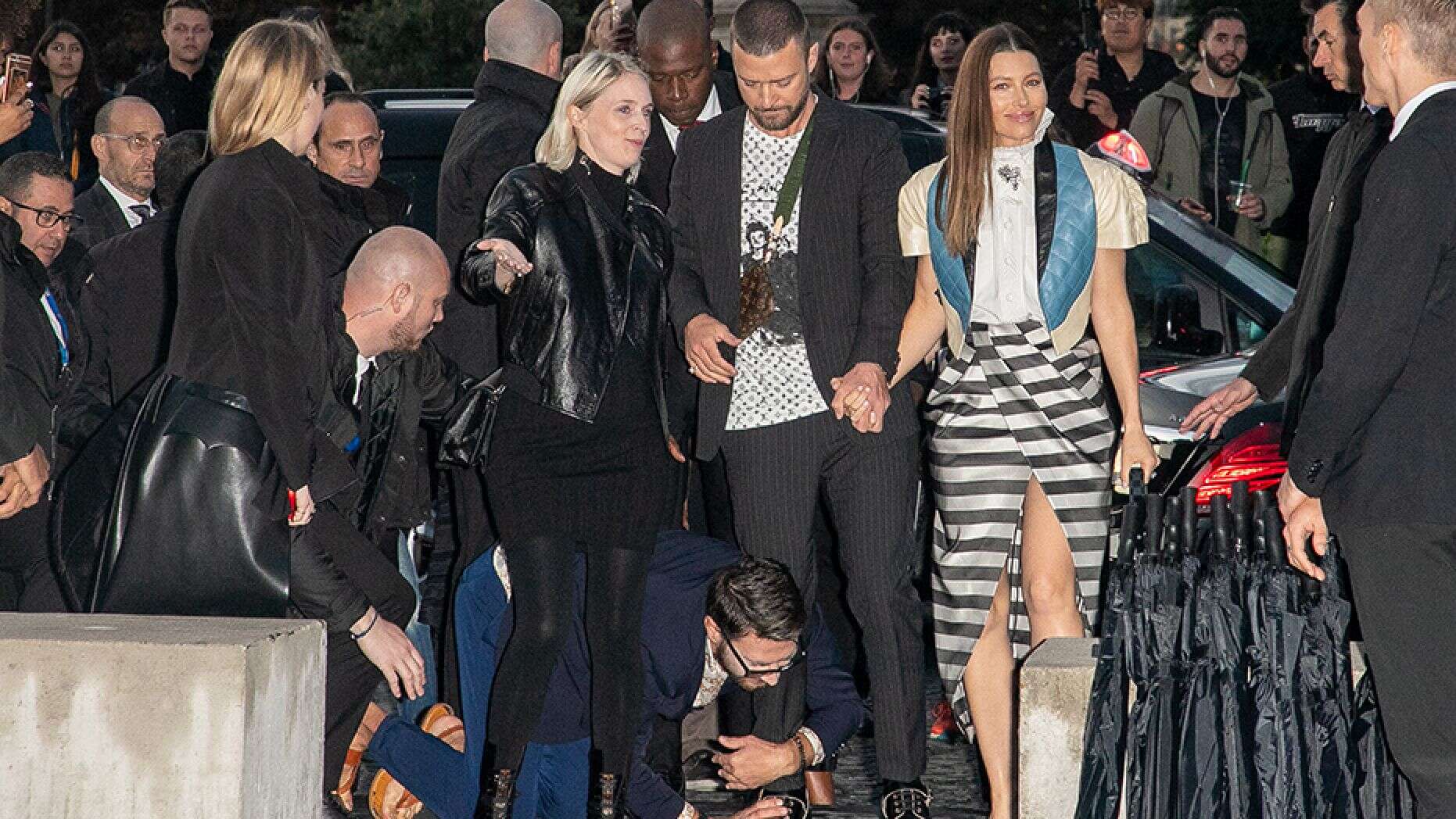 Vitalii Sediuk jumps on Justin Timberlake as he arrives to attend the Louis Vuitton Womenswear Spring/Summer 2020 show as part of Paris Fashion Week on October 01, 2019 in Paris, France. (Photo by Marc Piasecki/WireImage)