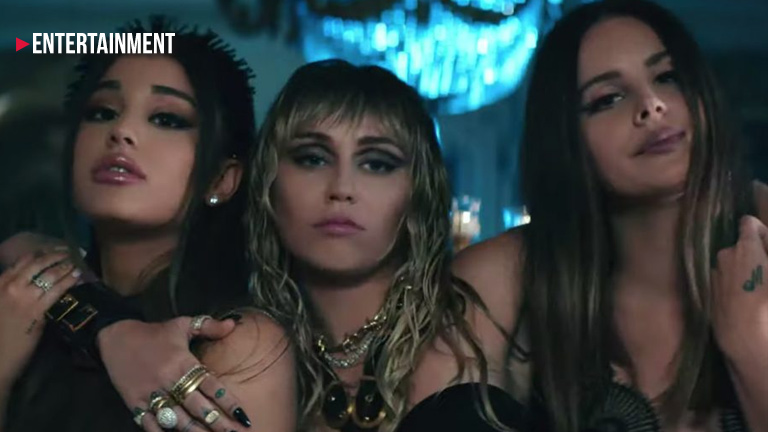 The official music video for Ariana Grande, Miley Cyrus and Lana del Rey’s “Don’t Call Me Angel” has finally dropped. The music video serves a teaser for the Charlie’s Angels reboot, set to be released on November 15.

The three popstars spend majority of the video wearing angel wings and throwing knives into the crotch of human shaped targets. The three play a trio of dark angels with Grande on surveillance, Cyrus in combat training and Del Rey on weaponry. The single was also included the first full Charlie’s Angels trailer, released in June of this year.