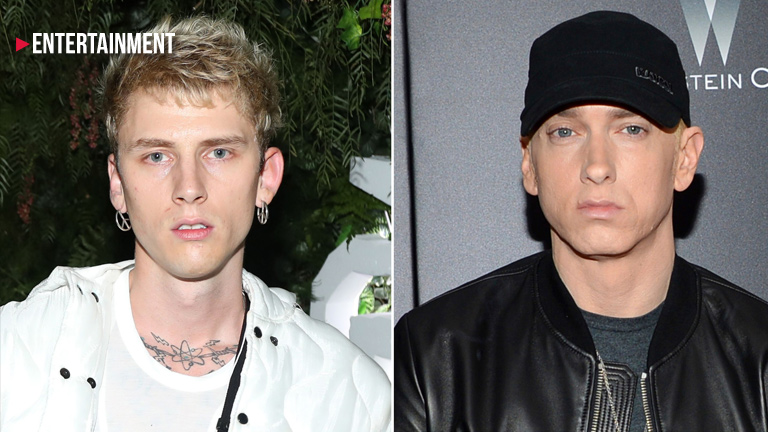 Last year, 2018, rapper Machine Gun Kelly engaged in a feud with Rap God Eminem over the latter dissing the former on his hit song Not Alike, which featured frequent collaborator Royce da 5’9”. In the song, Eminem cites his reasons for dissing Kelly, which includes Kelly’s inappropriate remark towards Eminem’s daughter, whom he called in a tweet “hot as f***” when she was only about 17 years old and he was about 22. This ordinarily irritated Eminem, but the Rap God said this was far from being his main reason for dissing Kelly. He appears to also have been annoyed by Kelly’s repeated shots at him, an example of which was his freestyle with the LA Leakers, where he rapped, “I’m my favorite rapper alive / since my favorite rapper banned me from Shade 45”—the “favorite rapper” in that bar referring to Eminem, whom Kelly admittedly idolized before their beef.

The reason I’m digging up Kelly’s career-defining moment is because the self-proclaimed Rap Devil recently released a new track, titled Hollywood Whore, which pays homage to Linkin Park’s late lead vocalist, Chester Bennington (RIP, Chester). The song sounds decent, as Kelly revamps his style and puts his own twist to the tried Linkin Park formula. This one definitely sounds a lot better than his former releases on his EP, Binge, which, despite his claims that he’s not a mumble rapper after Eminem called him as such on the latter’s follow-up MGK diss, Killshot, sounds a lot like mumble rap, except for maybe a few songs, namely Nylon, Love Fast Die Young, and of course Rap Devil.

In his new song, Kelly appears to detail his experience in the aftermath of the whole beef with Eminem, which a number of rap fans claim destroyed Kelly, with many who have listened to the song and examined its lyrics speculating that they are an expression of Kelly’s grievance towards his label, Bad Boy Records, and its founder and CEO, Sean Combs, more familiarly known as Diddy, for allegedly not supporting him throughout and after the kerfuffle. Kelly also seems to express some form of regret over his choice to pick a fight with the Rap God, whom, amid their beef, he still called “the GOAT,” which stands for “greatest of all time.” Furthermore, he continues his narrative from Rap Devil about struggling to provide for his daughter and with financial issues, despite singing that he lives in a mansion.

Between putting together the Binge EP, which sounded like he just threw the beats and the lyrics in a mixing pot, stirred the mixture for a few days, and poured it over his fans, and putting out this new track on which he basically just borrows Linkin Park’s vibe and resumes profiting over the same old beef with Eminem, Kelly, to me, really seems like a Hollywood—err—profiteer?

To support Kelly and his daughter, you can view his new music video for Hollywood Whore below.