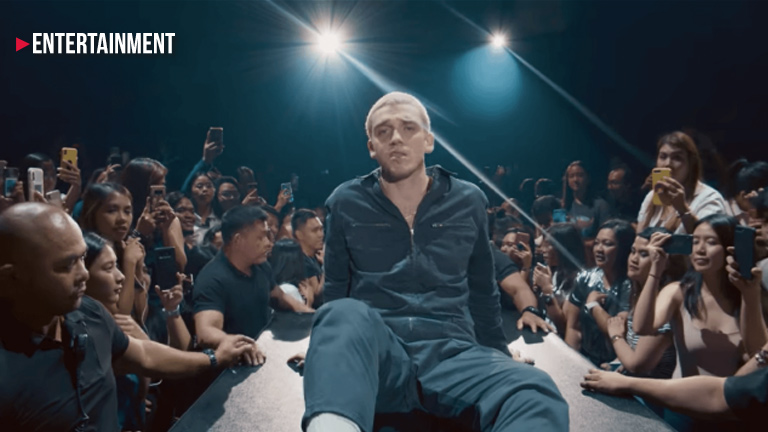 Ari Staprans Leff, also known as Lauv, released last week, May 30, 2019, the music video for his song Sad Forever. The music video was shot here in the Philippines, at the Smart Araneta Coliseum in Manila.

Sad Forever tackles the artist’s mental health, or more specifically his deficiency therein. In the music video, we can read captions written at the bottom of the screen, from which we learn that the 24-year-old singer-songwriter-producer has at some point in his life, and maybe persistently, suffered from several mental illnesses, including depression and obsessive-compulsive disorder. In the video, Lauv continues to talk about his struggles, and his journey towards self-recovery. Lauv points out the internalized stigma of mental-illness sufferers towards their own situation by recounting his former hesitation to seek treatment, and his eventual realization “that medication was far from the enemy [he] thought it was.”

This move by Lauv, promoting mental-health awareness, deserves to be lauded. It highlights the gravity of mental illnesses, and asserts that there is nothing romantic about them. The captions on the video also read, “Mental illness is something that is oftentimes not apparent,” meaning that psychological problems tend to be hidden by the person undergoing them, and thus concerned friends and family members should be sensitive enough to read between the lines and penetrate the façade, and extend a helping hand, even though their efforts may not always be reciprocated or even appreciated.

If the captions on the video are to be believed, the I Like It Better singer is healthily dealing with his mental-health issues, and even though major depressive disorder is reportedly chronic, we are hopeful that Lauv won’t be sad forever.