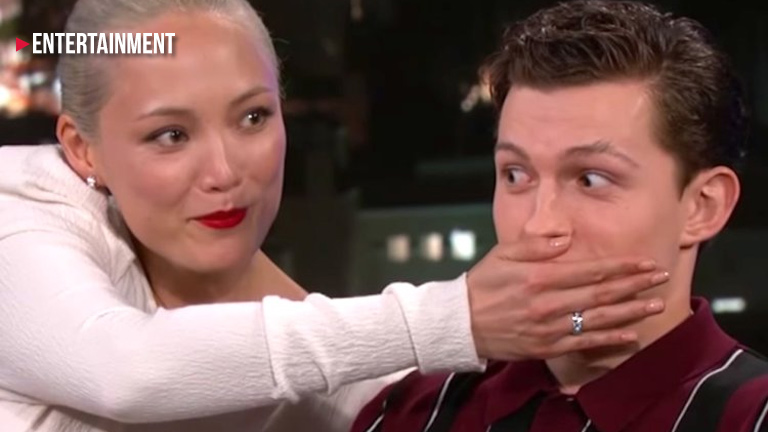 Tom Holland has a bad reputation of revealing spoilers for upcoming movies he stars in.  In June 2018, the 22 year old loose-lip actor accidentally revealed the title for the second Spider-Man movie, which is “Spider-Man: Far From Home”, even though at the time it was supposed to be released after 7 more Marvel movies later.

A month later in July, Holland went on Instagram to talk to his fans about the second Spidey film. While he said he couldn’t reveal much, he proceeded to show viewers a tablet with the script’s front page on full display.

Even throughout the press tour for ‘Avengers: Infinity War”, Holland would occasionally slip up spoilers. There was one time where he shared some plot details to a theater full of people who haven’t watched the movie yet and the other memorable time where Benedict Cumberbatch stopped him from revealing more.

Because of Holland’s poor track record of spoiling details of a much-awaited movie event, the Russo Brothers, the directors of the upcoming “Avengers: Endgame” were forced to give the actor a separate script of his lines only.

“Yeah, Tom Holland does not get the script,” Joe told IndieWire. “Tom Holland gets his lines and that’s it. He doesn’t even know who he’s acting opposite. We use very vague terms to describe to him what is happening in the scene, because he has a very difficult time keeping his mouth shut.”