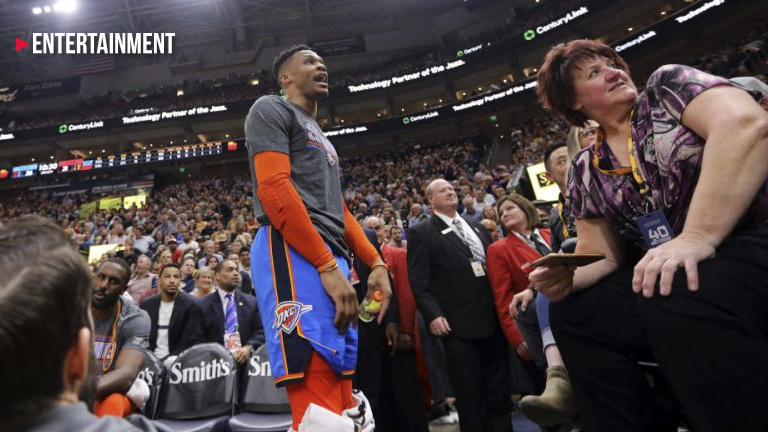 Early this week, a video emerged of Oklahoma City Thunder point guard Russell Westbrook engaging in a heated argument with a fan to which he threatened to hurt him and his wife.

The ugly confrontation occurred during a game at Salt Lake City with Oklahoma City Thunder and Utah Jazz. Westbrook said after the game that the Utah fan was making comments he considered racist and highly disrespectful.

The fan claims he was only engaging in a “playful back-and-forth” with Westbrook and that he didn’t say anything offensive. Footage only showed Westbrook’s side of the argument, shouting “I’ll f*ck you up. You and your wife,” You can watch the eight-time All Star’s end of the shouting exchange below.

Things get heated between Russell Westbrook and Utah Jazz fans again. “I’ll f*ck you up. You and your wife,” he says. Not sure what these fans said to him, but he also had issues with Jazz fans during the postseason. pic.twitter.com/LquwRmLVNy

Westbrook explained to reporters that the fan told him to “get down on [his] knees like [he] used to", which could be seen as a reference to African-Americans as slaves in the 19th century.

Due to Westbrook’s expletive-laden reaction with a spectator, he was fined $25,000 by the league. A pretty small price to pay if you consider that the NBA star’s net worth is $125 million.

The fan on the other hand was ordered a permanent ban by his own home state’s team the Utah Jazz. Westbrook further explained, “There’s got to be something done. There’s got to be some consequences for those type of people that come to the game just to say and do whatever they want to say. I don’t think it’s fair to the players.”