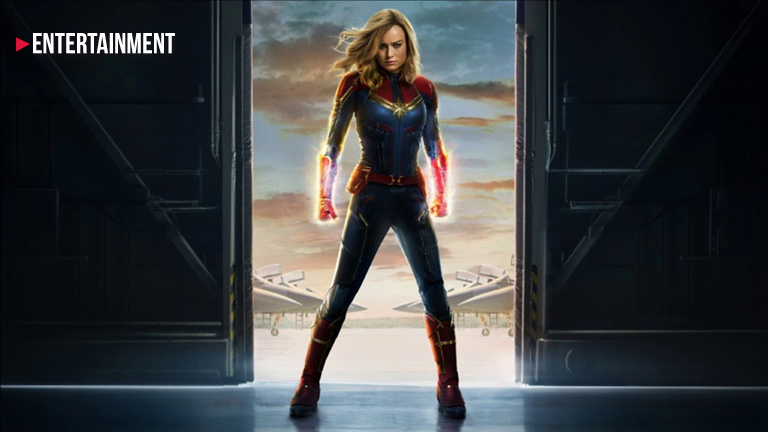 Lately, Marvel has curated a few great soundtracks for their superhero movies. James Gunn’s 2014 big space epic “Guardians of the Galaxy” and its 2017 sequel “Guardians of the Galaxy Vol. 2” featured a slew of classic tunes from the 70’s which included hits from The Jackson 5, David Bowie, Electric Light Orchestra, and Fleetwood Mac among others. The 2018 “Black Panther” film also produced a Grammy-nominated soundtrack, curated by Kendrick Lamar. Its soundtrack was filled with experimental hip-hop and pop-rap verses from today’s best artists like The Weeknd, Vince Staples, Schoolboy Q, and more.

Now it seems that Marvel has hit the right notes again with their soundtrack for the new Captain Marvel film. As the film is set in the 90’s, it’s fitting that the soundtrack be filled with some of the best, and for most of our readers, the most nostalgic tracks of that decade. Here are some of the best 90’s songs you can hear from the film.

“Come As You Are” by Nirvana

A 90’s soundtrack wouldn’t be complete without a Nirvana track. This one, “Come As You Are”, is a classic Nirvana song that went on to have massive influence on the post-grunge sound of the late 90s and early 2000’s. The song was so synonymous with not only Nirvana, but alternative music as a whole.

This 1998 track from Courtney Love and her punk rock band Hole became one of the few commercially successful alternative rock hits of the decade. NME calls ”Celebrity Skin” as embodying the general feeling of the late ’90s. The song’s angsty, edgy and also a middle-finger to the soon-to-be-outdated idea of selling out.

This 1995 British rock song, inspired from 70’s post-punk, fits neatly into Y101’s “Bootleg Gold” playlist. “Connection” features jagged guitars going head-to-head with a catchy synth. The intro guitar riff and drum combo from this song has become an iconic sound that resonated all throughout the 90’s.

“Just a Girl” by No Doubt

Gwen Stefani’s famous critique of male-dominated society, written from the perspective of the “little girl” who “needs” protection. As it turns out, Stefani, like others, are quite capable of taking care of themselves. Quite appropriate for MCU’s “Captain Marvel” movie.

“Waterfalls”, noted for being the first number one hit song ever to reference AIDS in one of its verses, was nominated for Record of the Year in 1996. TLC tackled issues rampant in the decade like teenage promiscuity, HIV, and drug abuse.  TLC member Chili once said about the song, “Anything that’s self-destructive, that’s chasing a waterfall. We wanted to make a song with a strong message – about unprotected sex, being promiscuous, and hanging out in the wrong crowd. The messages in ‘Waterfalls’ hit home. I think that’s why it’s our biggest hit to date.” “Waterfalls” is still today one of the most beautiful songs ever written.

This track from the hip-hop trio Salt-N-Pepa came up with this hit in the early 1990’s. The lyrics preach the virtues of a “mighty mighty good man,” or as one critic put it: “a celebration of strong men who stay home and care for kids”. ‘Whatta Man’ reached the Top 10 in many countries, and was a constant radio staple around the world.