Is it Real? Everything you need to know about the “Momo Challenge” 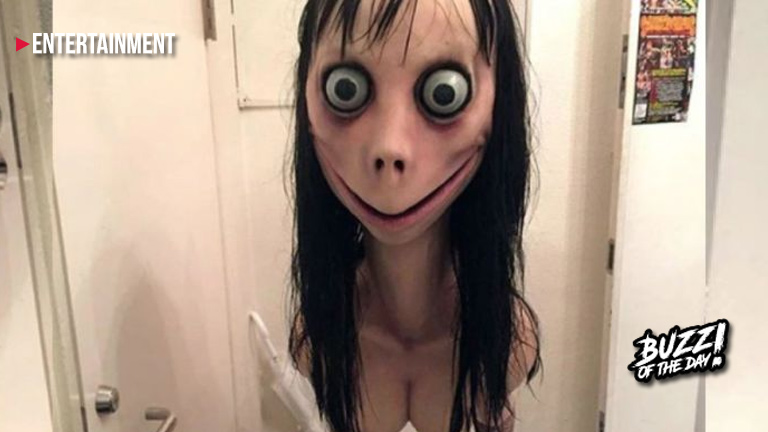 You must have heard from your Facebook friends about this new scary online trend called the “Momo Challenge” in which they claim instructs children to harm themselves or else something worse could happen to them or to their family if they don’t comply. Parents are warning other parents about this supposedly sick game targeting children on sites like YouTube, on Peppa Pig videos, and on online games like Fortnite and Roblox.

Do any of my followers know much about this #momochallenge ?? We’ve received a note from our kids school warning us about potentially harmful & fatal video/s on @YouTube & #YouTubeKids Fk’n sad state of affairs if people in this world think it’s fun to prey & on minors ???

Targets young people through YouTube, Facebook and WhatsApp. Communicates with them to require photo or video proof of sometimes violent acts.

Searches for 'momo' are blocked on @DRETnews Internet filters. We will continue to monitor. pic.twitter.com/CwBcYuxDKh

Kim Kardashian even posted a warning about the Momo challenge to her millions of followers on Instagram, begging YouTube to help remove all the "Momo Challenge" videos on their site. The videos supposedly contain an image of a creepy-looking wide-eyed woman with a stretched-out smile that would pop out unexpectedly and intimidate children to do harmful tasks and instruct them to keep the interaction a secret from parents.

If you are seriously concerned about this. Don’t worry. The supposed “Momo Challenge” is nothing but a recurring viral hoax hat has been perpetuated by frightened parents and local news stations around the world. YouTube even confirmed that, despite reports, it hasn’t seen any evidence of videos showing or promoting the “Momo challenge” on its platform. If the videos did exist, a spokesperson for YouTube said, they would be removed instantly for violating the platform’s policies.

A lot of this relies on people believing their local school or police force knows what they’re talking about when it comes to the internet. Unfortunately most don’t have a clue and are sending letters to parents warning of non-existent issues like YouTube videos being “hacked”.

Additionally, no police force has confirmed that anyone was actually harmed as a direct result of the phenomenon. Meaning no child has ever taken his or her own life because of this online challenge that doesn’t even exist. The National Society for the Prevention of Cruelty to Children in the UK conducted a lengthy investigation about the “Challenge”, and they found no evidence that it actually posed a threat to British children. They added that it has received more phone calls about it from members of the media than concerned parents.

The supposed image of “Momo” being shared online is actually a sculpture called “Mother Bird” created for a Japanese special-effects company and displayed at a horror-art gallery in 2016.