Too Much Love Will Kill You: Queen’s presence at the Oscars is rubbing the people the wrong way 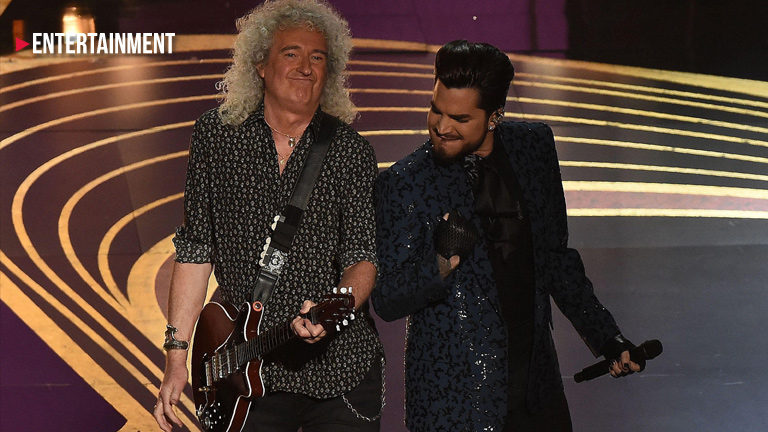 Don’t get us wrong. We love Queen with all our hearts. But their omnipresence at the 91st Academy Awards felt less like a tribute to the legendary Freddie Mercury but more like the Academy’s apparent favoritism to the film made about their music, Bohemian Rhapsody, which isn’t even that good of a film in the first place. The guitar solo from Queen’s 1975 hit song “Bohemian Rhapsody” played on the speakers throughout the night while the band (with lead singer Adam Lambert) opened the ceremony with a disappointingly boring performance.

Queen performed abridged versions of two their most basic songs, We Will Rock You and We Are the Champions, to an awkward crowd of A-list celebrities. Although Rami Malek, who played Freddie Mercury in Bohemian Rhapsody, looked delighted during the performance, as did Lady Gaga: However, other stars looked more bemused – especially Bradley Cooper and a poker-faced Christian Bale.

Shout out to Christian Bale for not giving it up for Queen. pic.twitter.com/p3xkoEC0N4

Am amazed at how the Oscars have made Queen, a band that rules, somehow, suck so hard

“Bohemian Rhapsody” was nominated for five awards that night and went home with 4; Best Film Editing, Best Sound Mixing, Best Sound Editing, and Best Actor for Rami Malek. It is the only movie to bring home the most awards from this year’s ceremony.