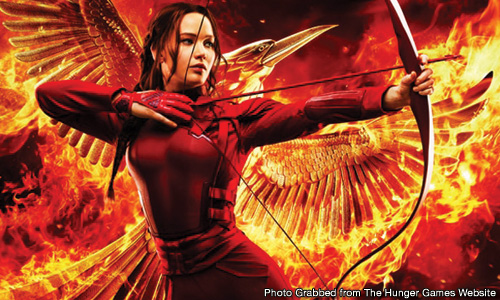 The odds are definitely in Mockingjay’s favor.

The franchise’s latest release will handily take home the box office crown this weekend along with anticipated releases hitting theaters. Katniss Everdeen (played by Jennifer Lawrence) is about to make her final box office bow with The Hunger Games: The Mocking Jay Part 2- capping off a film franchise whose first three installments brought in a whopping $2.3 billion worldwide.

For her final showdown with President Snow (Donald Sutherland), Katniss embarks on an impulsive campaign – which her rebel comrades have no choice but to support – intended not merely to get televised propaganda coups against the president but to assassinate him. This final mission is carried out in an atmosphere of deceit and duplicity, which gives a real twist to Katniss’s final kill.

Although expected to be a huge success, fans on Twitter expressed their sadness and shock with the franchise coming to a close.

The Hunger Games: Mockingjay Part 2 is now showing at theaters worldwide and is expected to debut around $120 million, on par with Part 1, which opened this time last year to $121.9 million. It went on to gross $337.1 million domestically and $755.4 million worldwide.