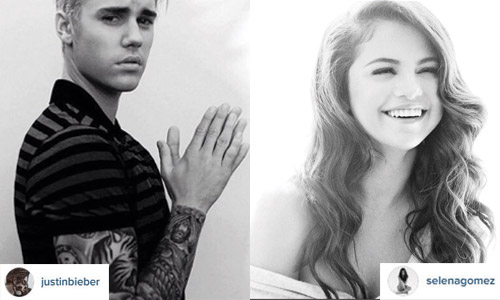 It wasn’t too late to say Sorry after all.

Last week, everyone on the internet went nuts as Justin Bieber serenaded ex-girlfriend Selena Gomez at a hotel lobby bar and the former couple was also photographed strolling together afterwards.

To refresh your memory, the two have been on an on-again and off-again relationship for years and “finally” called it quits several weeks ago. While apart, both have been talking about each other during press interviews and album tours. Selena was dating an unidentified friend and JB had a little too much fun while he was on vacation with a “friend”.

According to blogger Hollywood Life however, during the recent American Music Awards Justin Bieber and Selena Gomez weren’t seated together. Apparently, they were never in their seats! Instead of enjoying the show the pair hung out backstage. Ever since Justin and Selena were caught out on a romantic date together on Nov. 20, they’ve been seemingly inseparable. When it came time for each of their performances at the AMAs, cameras were trying to each other’s reactions but they were nowhere to be found. It’s a shame that JB didn’t get to see Gomez’s provocative Same Old Love performance. Now we’re pretty hyped-up at this point.

But hold your horses guys- Gomez attended the AMA after party hosted by Bieber at the H.Wood Group's The Nice Guy in Los Angeles, where the two were "just friendly,”. So nope, sorry to get your hopes up. Witnesses also said that both parties kept their hands to themselves and didn’t leave together at the end of the night. It doesn’t end there yet- Selena left the party beaming while starring at her phone.

Whether the two are secretly dating or not, seeing both of them on good terms are good enough for their fans…for now.