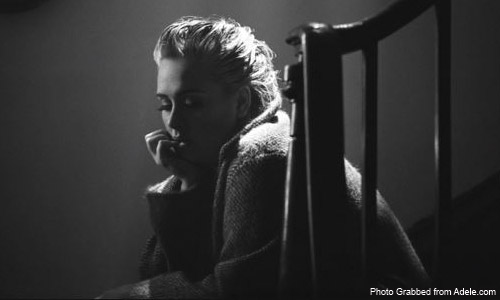 Adele has filled the world in on what she thought of the overwhelming success on her sophomore release.

It’s undeniable that 21 has been a mainstay in every girl’s (and possibly guys too) breakup playlist. Instead of basking in the glory of producing a blockbuster hit, Adele was left frightened and overwhelmed by the album's staggering success and was inevitably one of the major reasons that caused her to take a time out from the spotlight.

According to the singer’s interview with Australian television show 60Minutes, Adele shares “There are elements of what happened to 21 that frightened me and got out of control,” It doesn’t end there- she continues, “It grew limbs of its own and did marathon runs”. Like any other artist, a performer’s greatest fear would have to be him/her not being able to maintain their craft’s momentum and live off the success of one-hit wonders. This has caused her a strong disconnect with producing another album that would genuinely showcase her craft and in turn made her decide to step out of the spotlight.

Selling more than 30 million copies since its release in 2011, 21 immediately reached No. 1 on iTunes in 106 countries worldwide and sold 900,000 copies in its first day on the American iTunes store alone. Billboard has now predicted that her latest record 25 should easily set the record for the highest-first week sales in music history by shifting 'at least' 2.5 million copies.

Adele’s soul searching has apparently done her good as her first release from her latest album entitled Hello already caused the album to smash a 15-year-old record. 25 was released for purchase on November 20 but not made available for streaming and has sold more than 2,433,000 copies in the US in less than four days’ time, according to industry authority Nielsen Music. This beats Nsync’s 2000 album entitled No Strings Attached that raked in 2,416,000 single-week sales.