Just when we thought the case has gone cold.

Some of you young readers may not know one of the greatest and most influential figures in Hip Hop history. Back in 1996, the world was struck by the news of Tupac Shakur’s passing. 20 years later, a former police officer with the LAPD claims that Sean ‘Diddy’ Combs was the one behind that fateful day in Los Angeles. 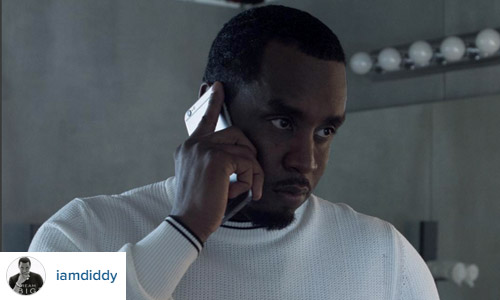 Ex-cop Greg Kading, who led a task force that investigated the shooting, serves up new evidence supposedly linking the Bad Boy For Life hit maker to convicted murder Orlando ‘Baby Lane’ Anderson in a new documentary entitled Murder Rap: Inside the Biggie and Tupac Murders. Anderson’s uncle Duane Keith ‘Keffe D’ Davis, who’s also a member of the Crips gang was offered $1 million by Diddy to kill Shakur and his manager Marion ‘Suge’ Knight. Davis sent Anderson to do the deed and six months later, it was reported that Bloods gang member Wardell “Poochie” Fouse was paid $13,000 by Suge Knight to murder Christopher Wallace who was popularly known as Notorious BIG in retaliation.

Although it’s unclear about what would have made Diddy want Tupac murdered, the hip-hop veteran claimed that Kading’s discoveries were “pure fiction and completely ridiculous” after Kading published a book about his findings in 2011. Nevertheless, Kading’s documentary alleges that Diddy is responsible for the crime and that Tupac’s murder was the cause for Biggie’s death. Ironically, Diddy paid tribute to Biggie with I’ll Be Missing You back in 1997 which makes Diddy in a tight tangle if Kading’s allegations were correct.

Several conspiracy theories like Kading’s surfaced surrounding the rappers' deaths. Many were led to believe that he murders were part of a 'war' between top East and West Coast rappers - Diddy and Biggie were part of the East Coast, New York-based, rap scene while Shakur belonged to the West Coast, LA-based scene. Another theory was that a corrupt former LA police officer was behind Biggie’s death.

Either way, we do hope justice will be served sooner or later so that these hip hop legends can finally rest.