Just when all that bad blood had been cast aside, Kanye just couldn't resist a chance to be Kanye!

Rapper Kanye West pulls another one during his Yeezy Season 3 show for the New York Fashion Week. Yeezus unveiled his years-in-the-making seventh studio album called Life of Pablo and apparently, Kanye needed to get a few things off his mind. Never one to hold back, on the track Famous which also features Rhihanna he mentions Country Singer and Pop Star Taylor Swift: "For all my Southside n****s who will know me best / I feel like me and Taylor might still have sex / Why, I made that b**** famous / God damn / I made that b**** famous." West is referring to, of course, to the 2009 VMAs when he interrupted Taylor Swift onstage to tell her that Beyoncé had a better music video than her. Yeezy and Swift had since patched things up, or so it was thought, so the lyric arrived out of nowhere. 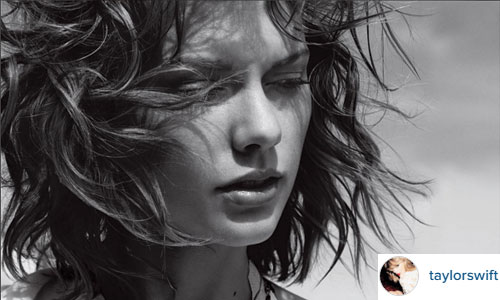 Younger brother Austin Swift took to Instagram his response by posting a video of him doing some Spring cleaning- by placing his par of Yeezys in the trash. Selena Gomez was spotted liking the post and Jaime King, mother of Taylor's godson, apparently had a post up about Yeezy Season 3, and she has since taken it down, and she replaced it with the tweet, "I'm so sad right now & disappointed right now. I stand by my sister. Always." There was even talk of the two collaborating, but we assumed that meant working on a song together, not inspiring rebuttal tracks!

We’re just as excited and amused with how Taylor will react but one thing’s for sure- her squad and fans are understandably pissed. Could this mean another bloody war?