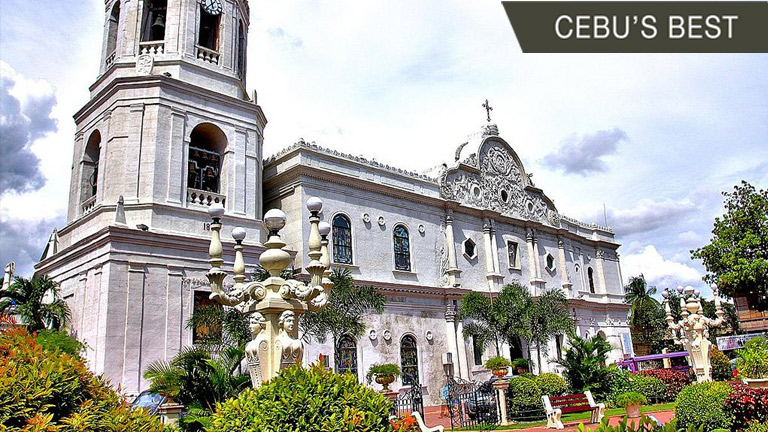 Believe it or not, the Cathedral took 344 years to complete! Here’s why.

The temple was first built near the Fort San Pedro in April 1565 by Miguel Lopez de Legazpi. He was mandated to build a church near the assigned fort by the Spanish Crown. It was the feast day of St. Vidal when he was ordered to do so, that’s why he built the church in honor of him.

Construction of the cathedral took many years due to frequent interruptions, the groundbreaking of the construction didn’t even happen until 1689. (124 years later!)

One of the reasons for the delay was brought about by lack of funds and other unexpected events. At one time, funds meant for the building of the cathedral were diverted to the Moro wars. The death of an incumbent bishop who spearheaded the construction/reconstruction and vacancies in the office were also factors.

The Metropolitan Cathedral of the Holy Angels and of St. Vitales • #CEBU2017 #esperidiontravels #cebumetropolitancathedral

Finally in 1909, 344 years since Legazpi was asked to construct it, the Metropolitan Cathedral of St. Vitalis was finally complete. But during World War II (1939-1945), much of the cathedral was destroyed by Allied bombings of the city. Only the belfry (built in 1835), the façade, and the walls remained. It was quickly rebuilt in the 1950s under the supervision of architect Jose Ma. Zaragosa, during the incumbency of Archbishop Gabriel Reyes.

In 1982, a mausoleum was built, and in 2009 the cathedral was renovated for the 75th anniversary of Cebu’s elevation into an archdiocese.