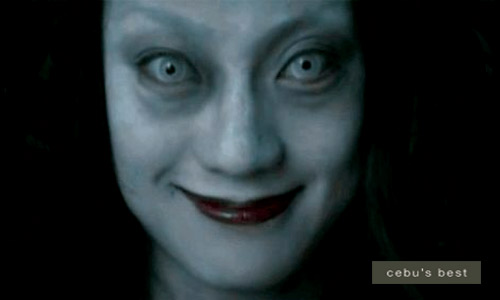 We're back with more chilling stories from Cebu!

Since you loved our previous article about some urban legends here in Cebu, I've searched and asked about more favorite stories. So take a peek and check out these stories below!

The Lurking Kugtong
A grouper fish is said to live at the waters of Lapu-lapu island. Rumor has it that it lives beneath a mining company thus the reason why it has become even more deformed- due to the exposure of toxic chemical waste. It's said to be so big that it can swallow a person whole. Here's where it gets twisted, if you wish abundance for you or your business, you have to let the fish eat another human being as an offering.

Minda Mora
Minda Mora is said to be a student actress of one of the most popular universities here in Cebu. One night, a tragedy struck and she was raped and murdered by several security guards. Her body was then buried within the school's cultural center. Her spirit is believed to haunt the building and strangely enough, there's a room that's always locked. Could that be the place where her body was hidden?

Headless Ghost
At Cordova, there is a haunted house where a headless man would appear. A family who lived in the house had to move out right away after seeing the said headless man. Neighbors have also attested to the presence of ghosts.

The Mocking Black Lady
There are many versions to the story but it takes place at a restroom of a medical school here in Cebu. A student was alone and checked herself at the mirror. To her horror, there was a black lady with bloody eyes behind her. She closed her eyes and recited the Lord's prayer. Instead of going away, the black lady laughs at the student and mocks the prayer.

The Wandering Souls of Carreta Cemetery
Carreta Cemetery staff claim that they would see some ghosts roaming at night. There's a family who died because of a vehicular accident nearby, a lady who was raped and murdered, and an old man who was stabbed to death.

Lily
The popular nightmare of our generation's childhood, Lily was said to be a witch (or aswang/mangtas) who roams around the areas of Visayas and Mindanao. Some also describe her as a cannibal aside from her strange rituals and witchcraft. There are also other versions that say that Lily poses as a nurse and the telltale sign that it's her is a scar on her face. At some point everyone was on the lookout on women who had scars on their faces. There's going to be a movie adaptation soon too so that's going to be something to look forward too!

What else did we miss? Share with us at the comments below!