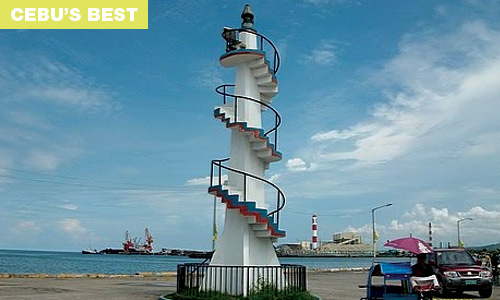 Toledo City is a city on the west coast of Cebu Island. To be honest, destinations in the provinces are starting to become too crowded and defeats the purpose of getting away. Well, today let's take a look at some good places to explore when you really want peace and quiet away from the city.

Did you know?
Toledo is known for being a “mining city,” since one of the country’s largest copper-gold mines are located here. Most people have a picture of Toledo as an industrial city in the west, fueled by heavy industries and mining.

How to get there
Toledo is accessible through a south-bound bus at the South Bus Terminal or a V-Hire. A trip will take up to an hour or so.

Famous Landmarks
The Toledo City Lighthouse is the town's most-famous landmark, the St. John de Sahagun Church is a well-preserved structure that first stood up at 1863 and the Capilla Santa Ana Museum is the go-to place for a wide range of religious icons, relics and artwork from Europe between 18th and 19th century.

Malubog Lake
This beauty is Toledo's best-kept secret. It's an artificial lake made by damming Malubog Creek in the 1970s to provide fresh water source for the mining operations of then Atlas Mining and the rest of Toledo. People also love to swim and fish and there's also a floating restaurant nearby.

Manguyakuya Falls
Some waterfalls in the deeper parts of the south have become too polluted and crowded. Manguyakuya Falls is still considered pure and this is the waterfall in Toledo that offers visitors enticing waters, evergreen surroundings, and an overall exciting nature escapade. So if you want some peace as the cold water trickles against your skin, make this a stop-over next time.

Resorts
Toledo is known for two resort destinations: The Ranch Resort and Springpark Mountain Resort. Pools, bungalows, entertainment and much more await for friends and families who want a nice celebration of a special occasion.

Hinulawan Festival
Hinulawan is the combination of Cebuano words, "hin" from "hinaguan" and "ulawan" from "bulawan" which is literally translated as "hard earned gold" in English. The festival is celebrated every 12th of June in honor of the patron saint of Toledo St. John de Sahagun. Bright costumes and story-telling through dance performances make it an event to look forward to.