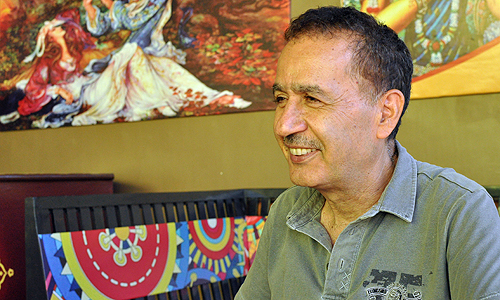 The Persian kitchen is considered one of the world’s primeval sculleries. And it’s certainly no surprise that the Persian Palate is one of the oldest restaurants in Cebu today. Established in 1989, it started out as a quaint little joint for foreigners.

Back then, the local food industry was comparatively one-sided; mostly serving Filipino and Chinese dishes. It’s safe to say that executive chef and restaurant owner, Armand “Ahmad” Vatandoost was one of the first few who started the thirst for new cuisine in this small island.

In 1978, Ahmad ventured out of Iran and into the Philippines with goals of becoming a car salesman. He had a shop set up right across the Capitol building. Considering the fact that tourism wasn’t as prosperous as it is now, the number of foreign individuals that roamed the island usually found themselves grouped in one corner – usually looking for a special place to eat. Ahmad found it to be of great concern when none of the restaurants in the city could provide for the simple cravings of an ever-growing tourist population. So he went on to make his first dish: the Naan bread. He sold these in the existing car shop he had. Cooking was one of the many things he learned from his mother. So this was all very natural to him.

Unsurprisingly, this divine flatbread caught the attention of many. Being the courteous man that he is, he thought of adding another element to his dish: kebabs. This triggered his customer count to double overnight, and an expansion for the dining area in his shop. Eventually, he saw more potential in the food business than he did with his automotive buy and sell, and slowly transitioned the car shop into an eatery. There was nothing fancy about the place at first, but this time, the food spoke louder than the ambience. A group of Indians who frequented Ahmad’s place advised him to add more dishes into his menu, and even went as far as to introduce him to a cook who, sooner or later, taught him everything he needed to know. Ahmad might have even been the first man to make his own yogurt here in Cebu; importing live cultures all the way from Iran. As his menu grew, so did his clientele; ranging from class A to C.

Today, after taking a health curve, Ahmad found comfort in vegetarianism. This profound change in lifestyle made a clear impact on his business. The restaurant now offers a wide array of vegetarian choices and even applies the same health concept for the non-vegetarian options. Their dishes contain no traces of preservatives, saturated fat, MSG, and other artificial ingredients. Knowing the importance of healthy living is a serious matter in this establishment. He mentions how difficult it sometimes gets when keeping a close eye on your restaurants. His clean diet, however, has sustained his energy to keep him going. 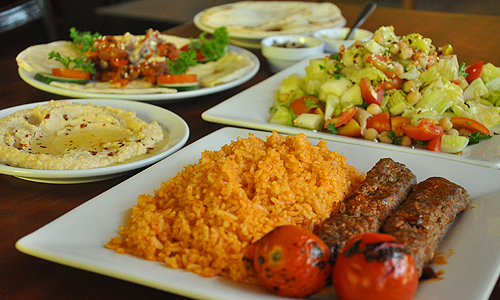 I asked him if he had any advice for the individuals out there who are looking at a future in the food business. Ahmad simply smiled and said,

“The restaurant owner himself has to be passionate about food. He has to be the chef, or at least be a great cook in his own kitchen. Do it because you love what you do, and not just because you want to earn from it. The moment you take the passion away and focus on money, your business will never last. Always be hands on. Never lose sight of it.”

I think it’s a bona fide piece of guidance when taking this kind of information from an individual who has maintained his prominence in this line of business for 26 years – especially when it’s backed by a food culture that can be traced back to 2800 B.C... Ahmad also knows quite a lot about Cebu – more than most people I know who actually live here, in fact. So if you’re up for a chat, this hospitable man is more than happy to indulge into a bit of recollection.

To know more about the dishes presented above, visit www.y101fm.com/features/lifestyle/cebu-s-best/7711-persian-palate