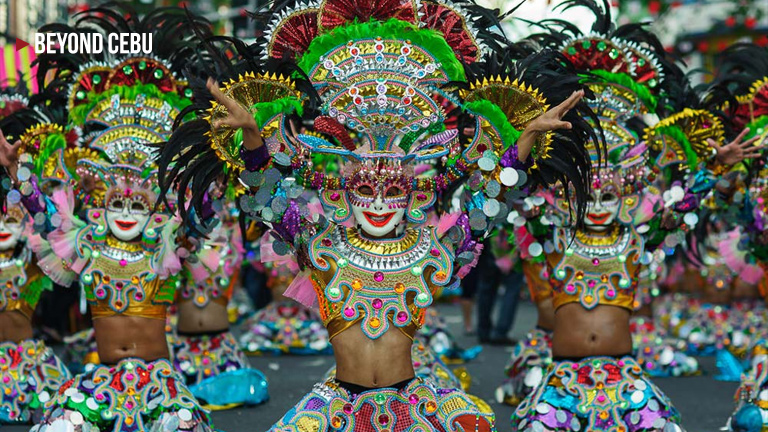 Every fourth Sunday of October, the City of Bacolod in Negros Island celebrates the MassKara Festival. It is the grandest, most colorful festival in the island. Also considered one of the must-see festivals in the country, this Mardi Gras or Carnival celebration rakes in thousands of visitors each year. People come to see the bright and elaborate costumes and masks. They attend cultural programs and sports competitions and witness beauty pageants and street parades. This year, it will be held on October 28.

MassKara Festival is an annual festival in Bacolod City with highlights every fourth Sunday of October with street dancers in colorful costumes, masks and headdresses. Bacolod City invites you to the “happiest and most colorful festival in the Philippines” which will be a month-long celebration  with concerts, food fests, street parties, and a lot of activities will draw thousands of visitors to the City of Smiles. #masskarafestival #??? #bacolodcity #evtech #events #festival #itsmorefuninthephilippines #masskara #colorful #funfunfun #instaphotos #streetdancer #streetdance #philippines?? #tourism #likeforlike #followforfollowback #photooftheday #amazing #amazing_shotsy

The name of the MassKara Festival is a play on words. It derives from the words “mass” meaning a multitude of people, and the Spanish word “cara” for face, thus forming “MassKara”, aka multitude of faces. MassKara is also a pun on the Filipino word mascara which means “mask”, as it is a prominent feature of the festival. They are adorned with smiling faces because Bacolod City is nicknamed the “City of Smiles”.

The MassKara Festival is a lively and colorful event, but the origin of the celebration was formed from a tragic story. In 1980, Bacolod City was experiencing an economic crisis when the price of sugar cane, the city’s primary agricultural crop, was at an all-time-low. This was due to the introduction of sugar substitutes from the U.S. Then in April that year, the passenger vessel MV Don Juan collided with a tanker and sank in the Tablas Strait while en route from Manila to Bacolod. The Don Juan carried many people from Bacolod including those belonging from prominent families. An estimated 750 lives were lost in the tragedy.

Due to the pervasive gloomy atmosphere brought by the tragedies, the local government decided it was time to lift everyone’s spirits up. With help from the city’s artistic communities, civic and business groups, Bacolod City started a festival of smiles. Since then, the city celebrate the MassKara Festival every year. They managed to pull through from their tragedies by proving to the world why they’re called the City of Smiles in the first place.