How did China’s Dog Meat Festival start and could we ever ban it? 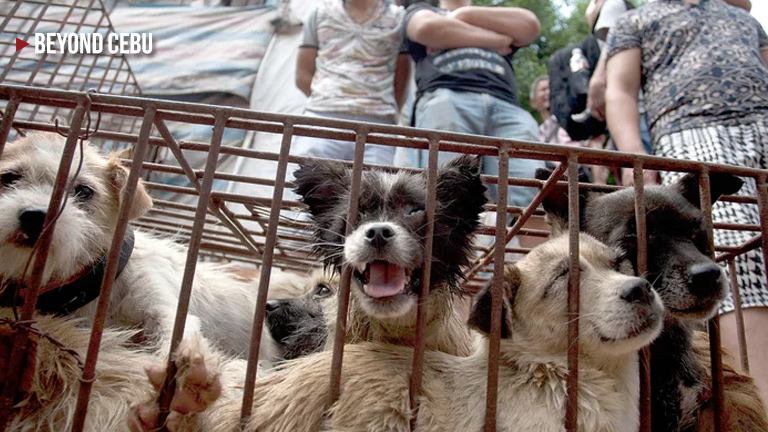 Next month the Lychee and Dog Meat Festival in the city of Yulin, Guangxi Province, China will once again be held. This controversial festival, which began since 2009, spans for ten days (this year on June 21 to June 30) and has attracted hundreds of visitors who come to eat lychees and dog meat. It is estimated that about 10,000 to 15,000 dogs are consumed. As part of the festivities, dogs are paraded in crates and cages and are taken to be cruelly skinned and cooked for visitors and residents.

The locals and organizers for the festival claim that the dogs are killed humanely and that "eating dog is no different from eating pork or beef". The practice of eating dog in China dates back thousands of years and supporters of the Dog Meat Festival argue that the cultural tradition should be respected. However, the festival has only started recently.

As seen in countless videos online, thousands of dogs suffer being prepared for the festival. Some videos show dogs being beaten to death with metal bars, skinned or boiled alive. Some witnesses even claim that some of the dogs eaten appeared to be stolen household pets.

The Yulin Dog Meat Festival has attracted worldwide criticism and condemnations from celebrities like Matt Damon, Rooney Mara, and Joaquin Phoenix all of whom circulated a public service announcement protesting the festival.

According to the Humane Society International "It's so easy to be disheartened because of course we all want to see a total and immediate end to the sale of dogs and dog meat at Yulin, and we want to see the authorities act decisively in the public interest. But we've always known that ending the dog meat festival at Yulin won't be as simple as switching off a light. Instead, it's lots of smaller victories that build toward the end goal.

"From our sources in Yulin, we have learned that the authorities were taking some actions such as sending inspectors to the market to enforce the sales restriction order and starting to stop inbound dog trucks."