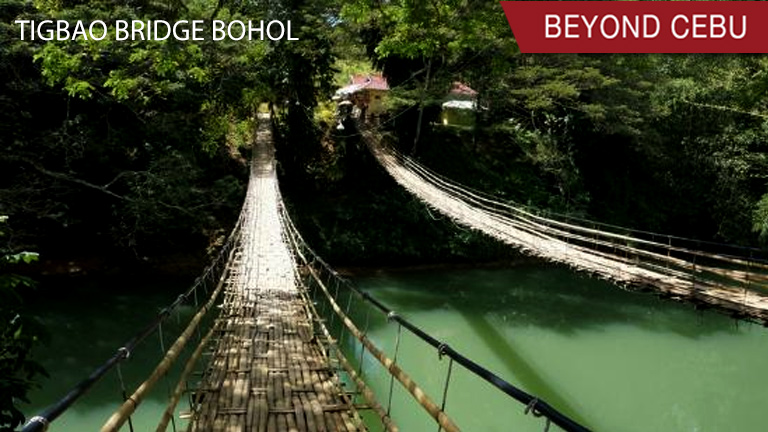 Cross the shaky and scary hanging bridge located 25 meters above the Loboc River in Bohol.

Back in 2014, CNN listed the Tigbao Hanging Bridge in Bohol among the world's 13 "most spectacular foot bridges".

CNN said that the Tigbao structure will delight thrill seekers who may think it is made of flimsy materials. "It's actually made of metal, but a bamboo top layer was added to give it an authentic--or, depending on your perspective, scary--look", journalist Tamara Hinson wrote on CNN Style.

Suspended some 25 meters above the Loboc River, the Tigbao Hanging Bridge connects two barangays in Sevilla, Bohol. Before the bridge was built, people living on the other side of the river had to climb down the cliff and ride a boat across the river to get to the highway.

The hanging bridge is made of steel cables and the floor is made of bamboo. When people walk through it, the bridge would shake and swing side to side. The bamboo flooring also gets very slippery especially during or after the rain so people are advised to watch their steps. There is also a P10 entrance fee.

Hanging out in the hanging bridge.