These colorful rainbow trees can be found in the Philippines! 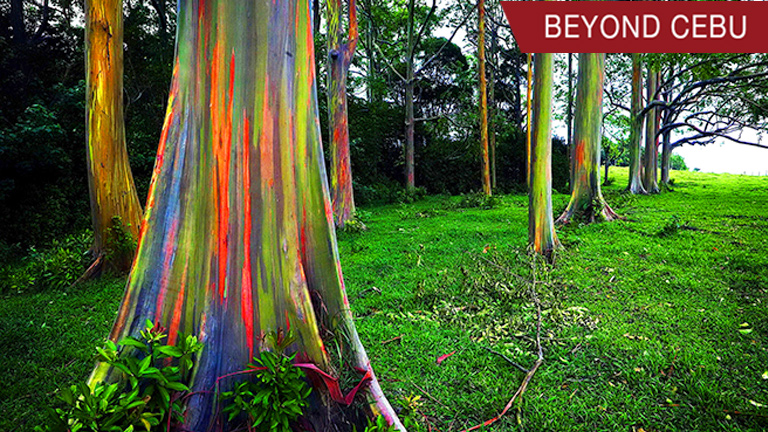 These rainbow trees can grow in Mindanao and some areas in Negros.

Introducing the Eucalyptus deglupta; also known as the “rainbow eucalyptus” or “rainbow gum”. These multi-colored trees grow in tropical forests that get a lot of rain and can be found in sporadic areas in South East Asia mostly in some islands in Indonesia. But it can also be found closer to home!

The Eucalyptus deglupta is also known as the “Mindanao gum” because most of them can be found in the Southern Island of the Philippines (Though some can be spotted in Negros Island as well). Known locally as bagras, the Eucalyptus deglupta is famous for its multi-colored bark and its aromatic eucalyptus leaves. Mosquitoes are believed to be repelled by the scent of this tree and that oil essences are taken from it to be used for therapeutic purposes.