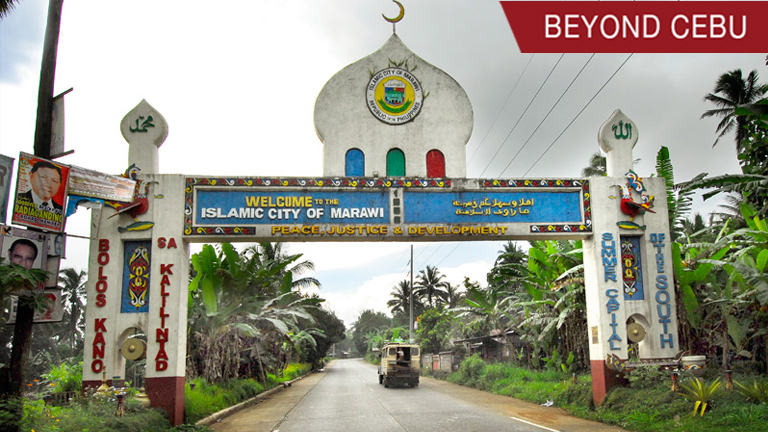 The black flag of ISIS has been raised in the Philippines.

As of the writing of this article, there have been at least 103 deaths in the city of Marawi, Lanao del Sur in less than a week. The crisis started on the afternoon of  May 24, 2017 (Wednesday) when Islamic militants invaded the predominantly Muslim city of some 200,000 suddenly, wearing masks and carrying assault rifles.

Black ISIS flags emblazoned in white with the words "There is no god but God" were planted from "every corner in the city” according to ome residents in the area. The militants were later identified to be fighters affiliated with the so-called Islamic State, the extremist militant group responsible for multiple terrorist attacks all over the world.

President Rodrigo Duterte declared martial law over the entire island of Mindanao. Clashes between government forces and militants claimed many lives including dozens of civilians and policemen. The Armed Forces of the Philippines (AFP), confirmed that 61 militants had also been killed within the week.

In a separate incident, eight other people -- thought to be fleeing the city -- were found dead in a ravine. Witnesses said the victims were asked to recite Muslim prayers, according to CNN Philippines. Those who failed were killed by the armed men.

The government claims that the clashes began when they launched an offensive in the city to capture Isnilon Hapilon of the Abu Sayyaf group, after receiving reports that Hapilon was in the city, possibly to meet with militants of the Maute group.

The death toll has risen to 85 as Filipino forces push to clear out the city of #Marawi of #IslamicState affiliated militants. The bodies of 19 civilians have been discovered as national forces advance further into the city. Police said that the bodies of eight workers were found bounded and shot in the head. One body was found with a sign saying "munafik", or traitor. The fighting has been described as house to house urban combat. Earlier this week, some 100 militants besieged to city and burned down buildings. IS flags were raised around the city. #Philippines President Duterte responded by declaring martial law and deploying heavily armed forces to retake the city. Attack helicopters have been striking IS positions. #AtlasNewsUpdatePhilippines