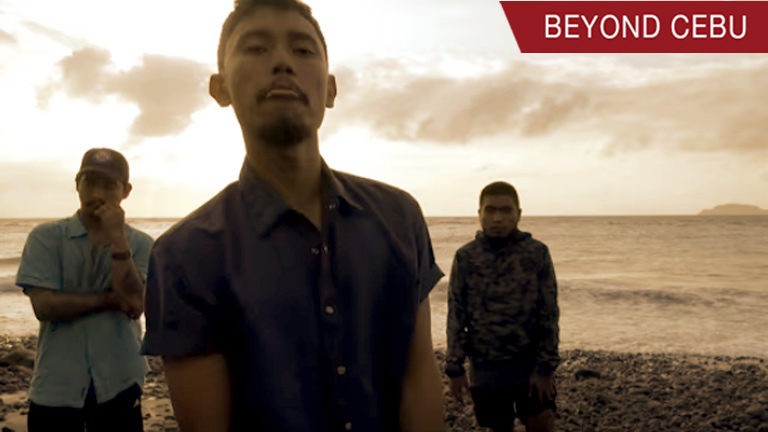 Dumaguete has honed its own homegrown talents and they’re taking over the Philippines.

This week Y101 has debuted another bisaya song coming straight off the coast in Negros island. The hypnotic chill track that is Lame is created by Arkho, Nikko, and Makoy who are known collectively as Midnasty. They are a popular hip-hop act in Dumaguete City who in 2009 broke through Manila by winning MTV Emerge; a win that brought the group a recording contract with apl.de.ap of the Black Eyed Peas.

Midnasty released Lame (pronounced ‘la-mɪ’ which translates to ‘delicious’) back in February 2017. It’s one of the group’s more chilled tracks whose sound contrasts with their more popular trap-centered hits.

Not so long ago, another group from Dumaguete made its splash in Cebu and even further north to Manila. Hopia, named after the group’s vocalist and main songwriter, Earnest Hope Tinambacan, gained popularity in the early 2010’s for releasing soft pop rock music that they occasionally mix with reggae and jazz. They’re also known for their distinct use of the saxophones.

And if we go further back, we’d remember the fun, upbeat songs by Enchi, Dumaguete’s first homegrown reggae artist. Formed by a group of high school friends in the summer of 2001, Enchi became a pioneer in the Visayan reggae scene. They later went on to work with some of the top OPM artists including Tropical Depression and Brownman Revival.

Just like Cebu, Dumaguete is a town with a rich musical culture that should not be underestimated. A year ago, I asked Jiggy Jr if people still find Visayan music lame. He said that unfortunately some people still do. However, he feels that these people’s perception is wrong. When I asked him if people should start changing that perception, Jiggy told me that perceptions can’t be changed overnight. “If you’re going to try to change culture, it's gonna take hundreds of years. So I think we should start making more better music, to prove them wrong”.