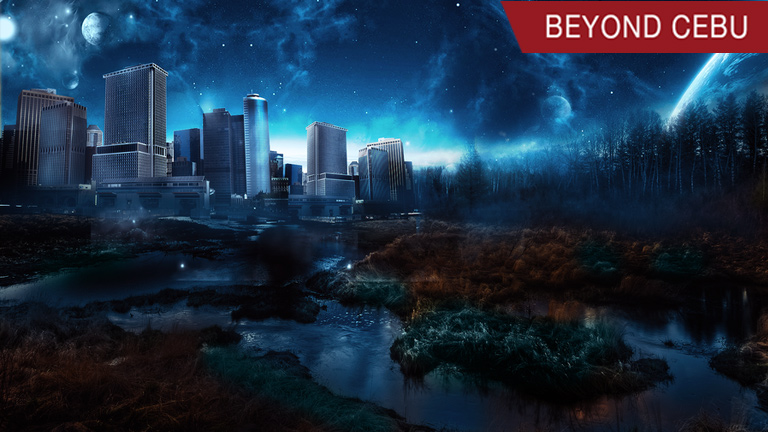 Unlike Atlantis or El Dorado, Biringan City isn’t a lost city. It’s just invisible. It can only be accessed if the engkantos want it to be.

The hidden city is found in the Northern part of Samar. It is located somewhere south of the municipality of Catarman. If you look at the map, a large forested area lies in the place where Biringan City is purportedly found.

It just doesn’t exist. But delivery men will from time to time receive packages that have already been fully paid to be delivered at Biringan City. They get baffled when they have delivery trucks of furnitures, cars, and/or cement to be delivered to the non-existent city.

Biringan means “the black city” in Waray, the local dialect for “hanapan ng mga nawawala – where one finds the lost” . According to lore, Biringan is a place where the engkantos (spirits who have the ability to appear in human form) live.

Few people claimed to have seen and visited the invisible city. Their accounts are so convincing and consistent that it has sparked the imagination of explorers and artists from all over the world. Those who have seen the city compare Biringan to the likes of New York or Hong Kong. However, instead of skyscrapers, it has massive cathedral type buildings with an elegance that has yet to be produced with modern architecture. Usually, those people who have seen don’t come back the same.

That is why locals in Samar evoke fear and panic when someone mentions the name of the city. They say that people who gets to visit the place are being lured to the place only because the city needs a prey. Some claim if you get to visit Biringan, you need to be cautious and pray for yourself because you are currently being possessed by the demon.

Most people in Samar believe that Biringan City is real and they hope not to wander into it anytime soon.