The Ponte: The tallest and scariest slum tower in the world 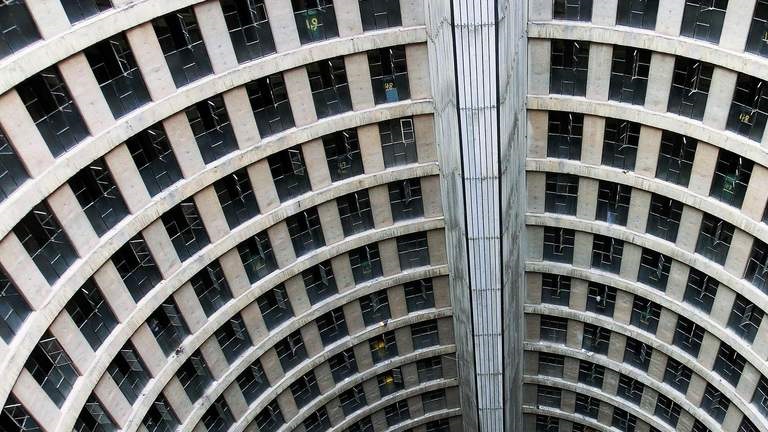 The Ponte is a skyscraper that houses the urban slum in South Africa.

In the middle of Johannesburg, South Africa, the tallest residential building in the southern hemisphere juts into the sky. 54 stories tall, the Ponte City building is one big hollow cylinder. So that if you look up from the ground floor, all you can see is a blue ring of sky 173 meters above you.

Despite how impressive the architecture is, many people in Johannesburg are scared to go near this building, let alone inside it.

It has a reputation as a hotbed of crime, drugs and prostitution. There’s even a myth that the center of the ground floor was strewn with a massive pile of trash including among other things the bodies of dead cats and suicidal jumpers.

Yet the Ponte City tower began life as one of Johannesburg’s most desirable and sought-after residences to live in before it spectacularly fell from grace, becoming a notorious slum town in the sky, lorded over by gangsters where anything illegal was available at the right price.

If you want to learn more about the building, watch the video below.