What is the Procession of the Black Nazarene About? 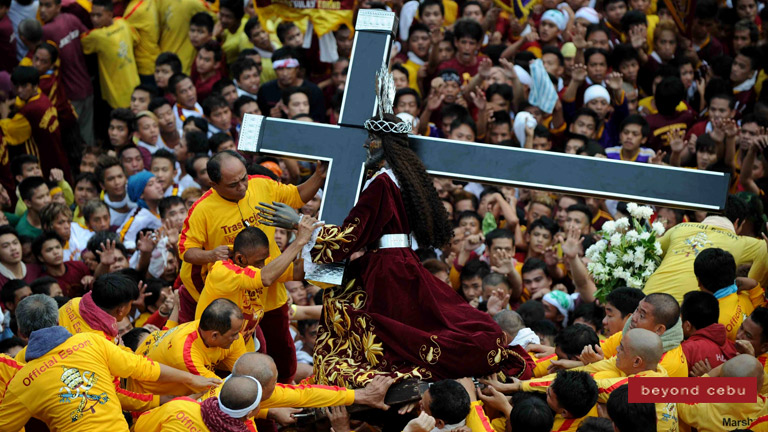 They say that a mere touch of the statue can miraculously cure diseases!

The procession of the Black Nazarene is the largest procession in the Philippines gathering close to half a million people every year. It takes place every January 9 and on Good Friday through the streets of Quiapo, a small part of metro Manila.

Outside Manila, ,most people, especially the Cebuanos, don’t know what the fuzz is about the Black Nazarene or who he is.

The procession reenacts the image's Traslación (literally, "transfer") in 1787, or solemn relocation to the Minor Basilica from its original shrine in what is now Rizal Park. The January 9 Traslación is the largest procession, drawing millions of devotees thronging to touch the icon, and lasting 20 hours at the most.

Everybody believes that the statue possesses miracles, that’s why thousands of people want to touch the statue during the Traslacion. People believe that a miracle can happen after touching it, like curing diseases or granting personal prayers.

The Black Nazarene is venerated by Filipino devotees every Friday, and along with the Santo Niño (Child Jesus) is the most popular object of devotion in the Philippines.