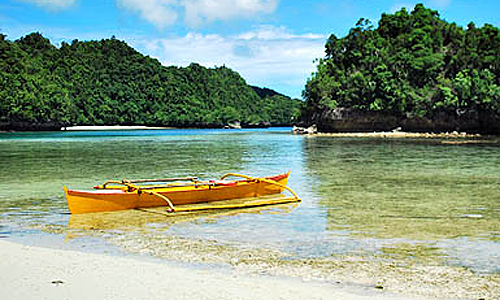 I think we deserve to feed our eyes with an unadulterated environment for once.

There are loads of fantastic spots in the Philippines that are waiting to be visited and espied. I have witnessed beaches and islands in Cebu and Mactan, probably 90% of it, but I don't want to settle to just revisiting the locations on this island for this summer. That is why I traveled to Socorro, Surigao del Norte.

Although Siargao, the surfing capital of the Philippines, is already known for its humongous waves, what lies across it is a small municipality that awaits you with adventures and explorations. Socorro, Bucas Grande is famous for the Sohoton Cove which features a natural maze-like pattern. If you are not familiar with the ways, you might want to get your flare gun to send out an SOS. The Sohoton Cove has small activities for the visitors, like going to a very dark cave or climbing up a difficult rock formation and jumping off a cliff. After witnessing the Sohoton Cove, we transferred to a smaller banca and paddled our way to the Jellyfish Lagoon. There we can see and touch stingless jellyfish.

After experiencing the adventures of the Sohoton Cove, we then went to this certain island where deep caves were found; the Crystal cave and the Bolitas cave. I had a great time admiring the crystals that were shimmering all over the place. The tour guide told us to keep our hands off the crystals to avoid killing them.

Socorro, Bucas Grande is definitely a must-go spot for everyone who seeks adventure and appreciates naturally made masterpieces. Sohoton Cove and the Crystal cave are not only the spots that are worth visiting. Theres also a 750-meter zipline in the island of Socorro, and more unexplored caves that are patiently waiting to be explored. I can say that I am one happy traveler to have enjoyed that amazing trip with good people, good food and positive vibes.

Leaving the city life for a few weeks of endless travel was worth it. It opened my eyes to the wonder that was already there but overlooked by many.

Exploring outside the box, Beyond Cebu.