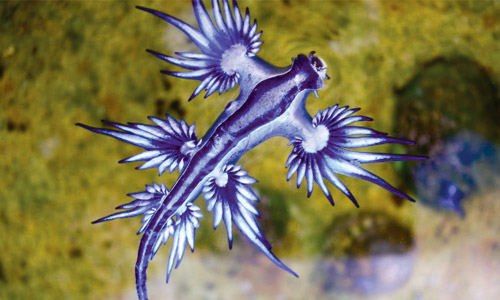 When visiting Australia be sure to add a few things to the list of things to avoid. Australia has always been known for its venomous snakes, deadly sharks, crocodiles, spiders and a handful of other worrying animals that could harm you. Now there’s another common yet unknown animal to add to your list.

They’re called “blue dragons” or glaucus atlanticus by scientific name. Although not often seen, blue dragons at times wash onto the beaches of Australia where they prey on their favorite food, bluebottle jellyfish. 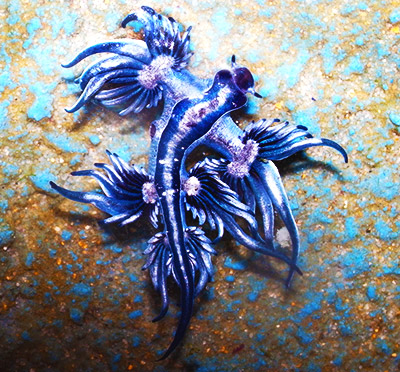 As its name suggests, this animal is very attractive. But don’t be fooled by its pretty face because despite its small size and luminous colors this animal can pack a punch. In fact what the Blue Dragon does is it feasts on poisonous Portuguese man o’ war, which can already paralyze and kill a human, storing its poison toxic nematocyst cells into its own body and further increasing its own venoms potency.

So the next time you decide to walk bare foot down a beach, especially in Australia it might just be worth it to watch where you’re stepping.