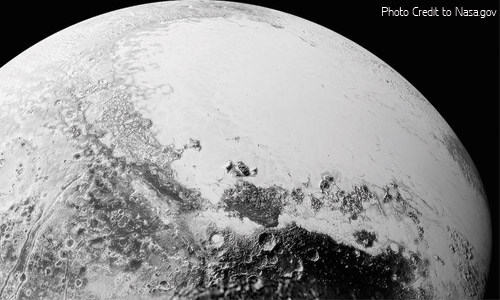 Your questions about Pluto have been answered. 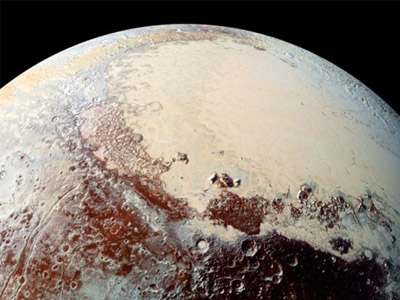 Sputnik Planum is so young and so smooth. The question is, how?NASA

This week we go waaaaay beyond Cebu!

As we approach another end of the year holiday season and with the release of Star Wars coming soon, I can say I am thankful for many things. I’m thankful to have my family, to have a roof over my head and more. But I’m also thankful that some of my favorite curiosities have had been answered. One curiosity of mine has always been about Pluto.

Whether you want to call it a planet, dwarf planet, or plutoid you cannot deny that Pluto has a certain captivating allure to it. Maybe because it's so small, or that it's so far, but perhaps the real reason is because there have never been any real photographs (except those low quality images taken from telescopes on earth which show nothing more than an orange spec), to show us what Pluto is really about… Until now.

New Horizons, a piano-sized spacecraft revealed Pluto to humanity for the first time this year. And what they revealed was astonishing. Far from a cold, dormant, cratered filled world as the edge of our solar system, Pluto amazed viewers when varied terrain and active geology. In effect, the planet itself is still very much alive.

The New Horizons spacecraft collected these images during a brief flyby of Pluto. It took the craft nearly a decade, and travelled 5 billion kilometers of empty space just to get there and snap a few shots. That is probably the only photo’s we may get from Pluto in our lifetimes, because it takes a long time to conceptualize, build and fly to these other worlds. 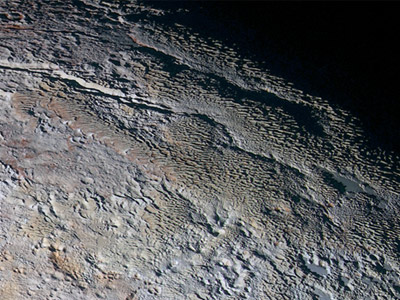 Why, for goodness' sake, do some parts of Pluto look like snakeskin?

The Solar System is truly a wonderful and huge place. Science gives us the tools to explore it in way’s we never imagined. I am thankful to be alive at a time when we are finally doing so.