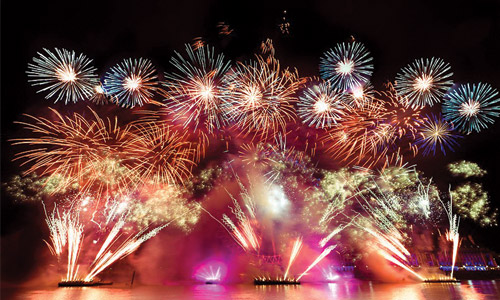 These 11 Destinations will leave you blown away

It’s that time of year again when the night skies are lit up with lights, and the sounds of rockets exploding are all that fill the air. Everyone loves fireworks, and though many of us have our own private arsenals to set off during Christmas and New Year, there are some places that take it to another level. The following is a list of 11 places where the fireworks show will leave you astounded and wanting more. 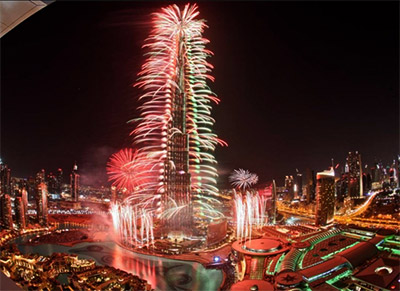 The Burj Khalifa is now the world’s tallest tower without a doubt. What an incredible site to watch as the tower shoots off rockets and streamers from its sides mimicking a humongous lit up Christmas tree. 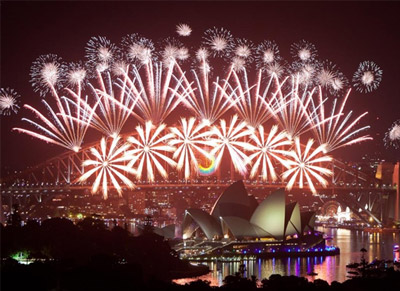 Australia is one of the first countries that enter the New Year. They certainly like to put on a good first show too. Watch as the Sydney Opera House is lit up by both floodlights and pyro works up in the air. 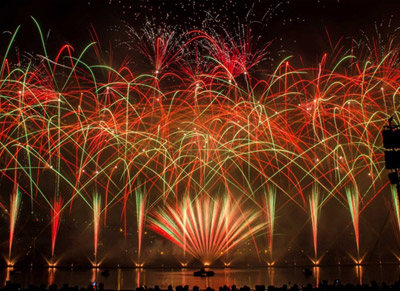 Montreal hosts a month long fireworks competition each year. During this competition countries from all over the world compete in a 30-minute long show each. The result is weeks and weeks of firework entertainment. 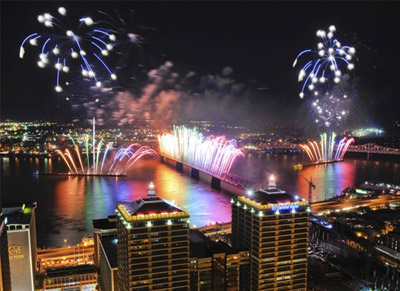 Thunder Over Louisville is the kick-off event for the Kentucky Derby Festival that lasts weeks in Louisville. According to their site, they use over 60 tons of fireworks to pack as much punch into a 28 minute show as they can. If you're a fan of false finales, this show sounds right for you. 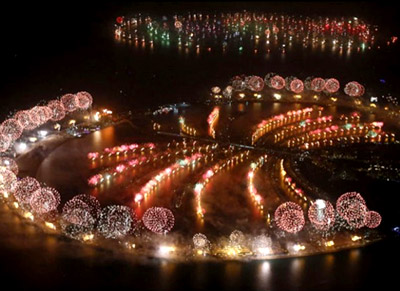 The Palm Jumeirah and World Islands currently hold the world record for biggest firework display. With over 479,000 shells on the two artificial islands, they fire off all of these in just 6 minutes, a rate of over 1000 shells per second! This show would definitely have been best viewed from a helicopter to showcase the cool designs of the islands. 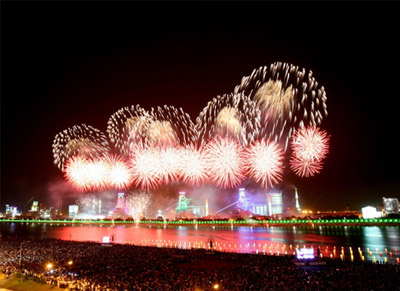 Pohang hosts a nine day festival where you can watch some of the most creative fireworks display in the world. Aside from fireworks you can also partake in watersports, a badminton tournament, song and dance performances, a sandcastle competition, and partake of other South Korean culture. 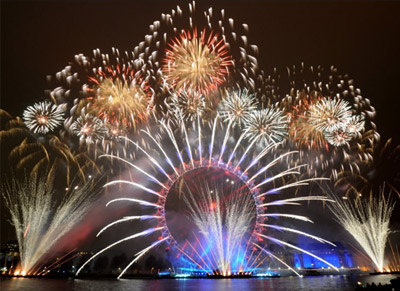 Every year London hosts an impressive New Year's firework display near Big Ben with fireworks coming off of the famous London Eye Ferris wheel, but recently they have taken it to the next level. They had the world's first multi-sensory fireworks show, with certain periods of colored fireworks being matched with clouds of flavored confetti, such as strawberry or banana! Amazing. 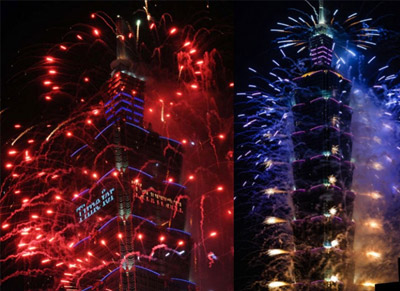 The Taipei 101 tower in Taiwan boasts a firework display every New Year that rivals the Burj Khalifa, perhaps only considered lesser because the Burj Khalifa is a bit taller. The tiers of the building work perfectly as launch pads for huge volleys of bright fireworks. 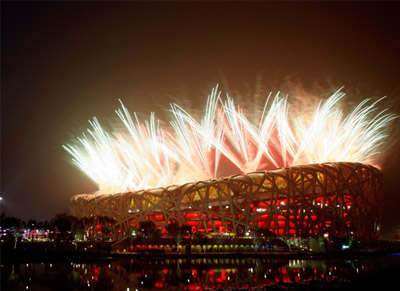 The opening ceremony of the 2008 Beijing Olympics had one of the greatest firework displays ever. The ceremony held in the famous "bird nest" stadium had a grand show of fireworks that included unique 'footprint' fireworks. 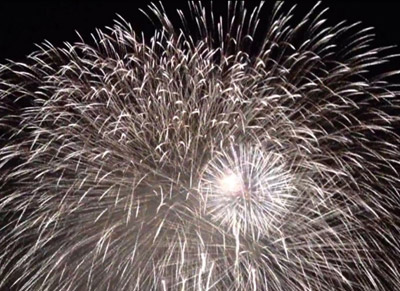 The Katakai Festival in Japan is shorter than the other festivals, lasting only one day, but boasts a 3 hour long show. Japan also is the home of the world's largest single firework, a massive 992 pound shell that flies up a kilometer before exploding into an 800 meter across bloom. 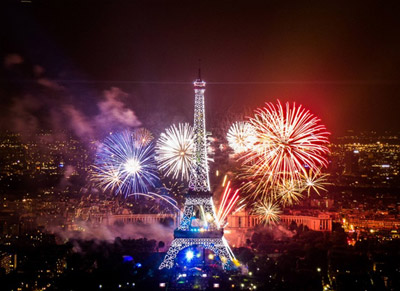 Seeing the Eiffel Tower lit up with fireworks all around is definitely an amazing sight. Perhaps not the biggest or most impressive set of fireworks compared to some others, just seeing a show next to such an iconic landmark is a great experience.