FINALLY from the Davos Economic Forum, it was stated that the biggest threat to the world economy is the effects of climate change. Why did it take them so long?

When the ski resorts are not operational and the rich Swiss cannot ski away, and banks refuse to finance their operations because there is no snow, they cry wolf and came out with a big statement, the biggest threat to global economics is Climate Change. 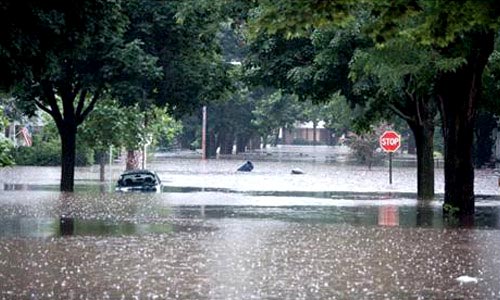 While I was Councilor for International Union for the Conservation of Nature and Resources (IUCN), our treasurer, who headed a big Swiss Bank, told us that – and that was in 1998.

I served in the IUCN Council for eight year from 1996 when I was elected in Montreal, and re-elected in Amman, Jordan in 2000. When we proposed that the Spratly islands be made into an International Peace Park, the Chinese delegation announced in the plenary that they will cooperate and collaborate with the Philippines in making it such.

Well, they invaded our island. As I ended my term in 2004 in Bangkok, we adopted a resolution, banning Genetically Modified Organisms (GMO) until proven safe beyond reasonable doubt. The plenary was in rowdy, happy and festive mode. Delegates came up to us with hugs and congratulatory statements. It was a good way to end my term, but that did not stop our policies and issues on conservation. It strengthened more our resolve.

Well, it took them too long because they refused to listen and was after the bottom line – profit and more developments.

According to report from Davos, it is in their security interest to combat climate change. This is big business talking after their balance sheets have been affected; they see the light that the environment is affecting their oligopolies and their business empires.

Only when their economies and personal business is affected will they ACT! Strange as the planet continues to get battered by calamities that affect all.

There are over 3 billion people who rely on the ocean bounty for protein and other marine species for food. The numbers are growing, as well as the cost. Yet, the problems will be the supply of species in the oceans, as of last count, almost half are gone. Ocean acidification is killing our planet. The ocean is alive and the species that occupy it rely on the ocean’s healthy ecology.

Imagine the day when the ocean is dead? When nothing exists except plastics and waste and the dead zones and gyres finally fill the oceans with toxic waste? This is not a joke and can happen! From the days of the great whales to what we have now is a sea change of drastic proportions. From the Davos Economic Forum, it was also reported the 2015 was the hottest year recorded.

El Niño has affected the Pacific with warmer seas, droughts, and storms. It has also affected the Northern countries with the coldest weather, freezing weather that kills everything and puts them in suspended animation.

Well today, their market is gone. The prices of commodities are at the lowest levels. Oil is at 28 dollars a barrel, Copper and other minerals are down and falling.

The supply of food is short and it will continue to affect the people and the planet, so with the shortage of water and droughts.

The balance sheets of the richest corporations will continue to bleed with red ink and losses. The road ahead is not easy, but can be proactive only if we all take a firm stand and put all our resources to combat climate change and win this war to save our planet.